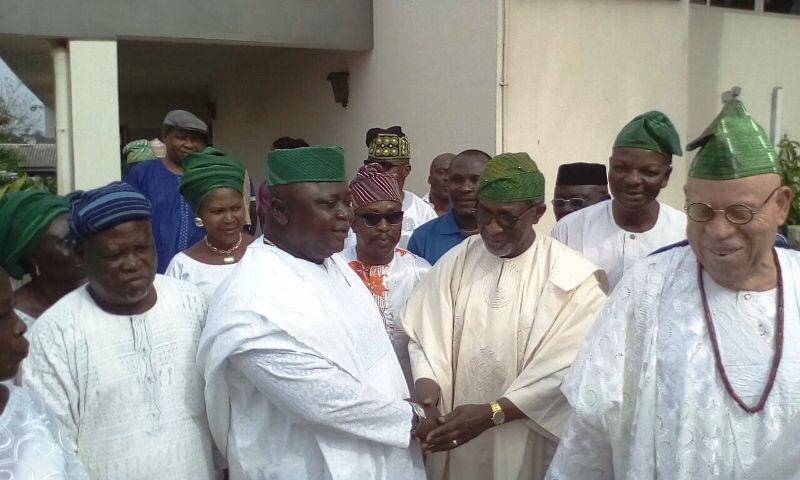 A political group in Ogun State, the Lado Vanguard has condemned what it termed as an unjust barricading of the Owode International Market, proposed venue of the conferment of a chieftaincy title on a member of House of Representatives and Chairman, House Committee on Rural Development, by some men of the Nigerian Police Force led by the Area Commander of the Ilaro Area Command, Titus Musa who claimed they were following the Ogun state Governor’s orders.

The international market situated in Owode – Yewa, Ogun state, according to the group, was the choice of Owode citizens for the conferment of Hon. Oladipupo Olatunde Adebutu as Otunba Fiwagboye of Owodeland by His royal Highness, Oba (rev.) Dr. M. S Akindele, the Arebiigbade 1, Olu of Owodeland who was said to have honoured Hon. Adebutu for “his contributions to the development across the state with no bias for creed, religion nor political inclination.”

According to the group, the venue was sealed off after five days  of preparation and less than 12 hours to the commencement of the event, an action which prompted the indigenes to swiftly relocate to the Town Hall and which was also directed to be sealed off, but was rebuffed by the citizens.

“It is unthinkable that a Governor elected in a Democratic dispensation could descend this low to stop a purely civil and traditional activity to prove a political point. We are not surprised however because Hon. Adebutu has become a household name in Ogun State politics and that the governor is already seeing him as a threat to his rudderless and insensitive governance in the affairs of Ogun State”. The group said.

” We need to state clearly that, no matter what Governor Amosun might or resolve to do, the Will of God concerning Ogun State cannot be stopped by the whims and caprices of a vindictive leadership “