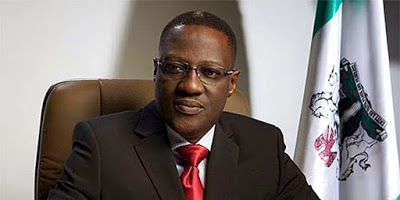 The Kwara State
Governor, Alhaji Abdulfatah Ahmed has approved the appointment of  Dr.
Wendy Kay Daeges as the pioneer Rector of the International Vocational,
Training and Entrepreneurship College (IVTEC), Ajase-Ipo. This is in
keeping with the government’s pledge to commence operations at the
college in the first quarter of 2017.
News of the
approval was contained in a statement issued on Wednesday by the State
Commissioner for Education and Human Capital Development, Alhaji Musa
Yeketi.
The statement
also announced the appointment of Mr. Femi Josiah Olabisi as the College
Registrar; Saadat Iqbal as IT System Manager; Mr. Olatunde Timothy
Fadipe as Instructor and Head of Automative, and Mr. Tokunbo Femi
Olayinka as Instructor and Head of Welding.
Others are Mr. Tajudeen Shina Agboola; Instructor and Head
of Masonry & Carpentry, Mr. Immanuel Martin Nwafor; Instructor and
Head of Electrical, and Babatunde Olayinka, Instructor and Head of
Heating, Ventilation and Air Conditioning.
According to the commissioner, the new appointees are to
resume this month, starting and with a one-week orientation
programme.
The new Rector,
Mrs. Wendy Daeges has over 20 years of senior management level
experience in higher education spanning four countries: Saudi Arabia,
Nigeria, United States and South Korea.
Daeges holds
Bachelor of Science and Master Degrees in Interdisciplinary Studies from
Oregon State University, and recently bagged her doctorate degree in
Transformational Studies from California Institute of Integrated
Studies, United States. Prior to her appointment, she served as the
Executive Director of a Vocational College in Saudi Arabia.
IVTEC Registrar
designate, Femi Olabisi had his first and second degrees from the
Obafemi Awolowo University (OAU), Ile-Ife. Until his appointment, he was
the Registrar of the College of Education, Ilemona, Kwara State.
Olabisi was a facilitator/Instructor with National Open University of
Nigeria and was also the Secretary to the Implementation and Planning
Committee (IPC) for the proposed University of Offa, Kwara State.
Also, Mr. Saadat
Iqbal, who will serve as the College’s IT System Manager is a seasoned
IT professional and has worked with different higher educational
institutions in Pakistan, where he provided his expertise in IT
services, along with experience of teaching core Computer Science
courses.
Previous Post