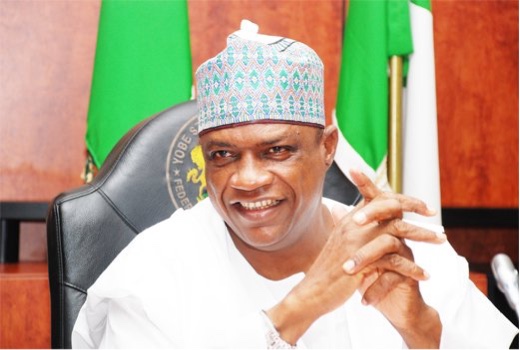 In exercising his constitutional powers, Alhaji Ibrahim Gaidam, the Executive Governor of Yobe State granted an amnesty to three prisoners to mark the new year celebration.

Two prisoners who were on death row had their sentence commuted to life imprisonment while one prisoner who has less than one third of his sentence and found to be of good conduct and character was pardoned and released as well as given a transport fare and amount of money to start up a new life in the larger society.

The gesture, according to the order is in the exercise of the governor’s power under section 212 (1) and (2) of the constitution of the Federal Republic of Nigeria (as amended) “to pardon, free,grant respite or substitute a severe punishment with lesser one as a form of amnesty for the convicts”

Gaidam said this is to encourage good conduct from prisoners while serving their terms in prisons.

The State Attorney General and Commissioner of Justice Barrister Mustapha Ahmed Goniri said the two inmates whose sentences were commuted to life imprisonment were qualified because they have shown remorse and exhibited good conduct during their stay in prison for more than ten years.

In a related development, Alhaji Sabo Garbu,member representing Potiskum/Nangere constituency has processed the release of 13 prisoners after paying their fine and compensation. He said this will help decongest the prison.

The state Controller of Prisons, Isa Sabo Kashuri while responding on behalf of the benefitting prisoners commend the Governor and the Member House of Representative for bringing succour to the prisoners. He urged other philanthropists and organisations to come to the aids of prisoners.