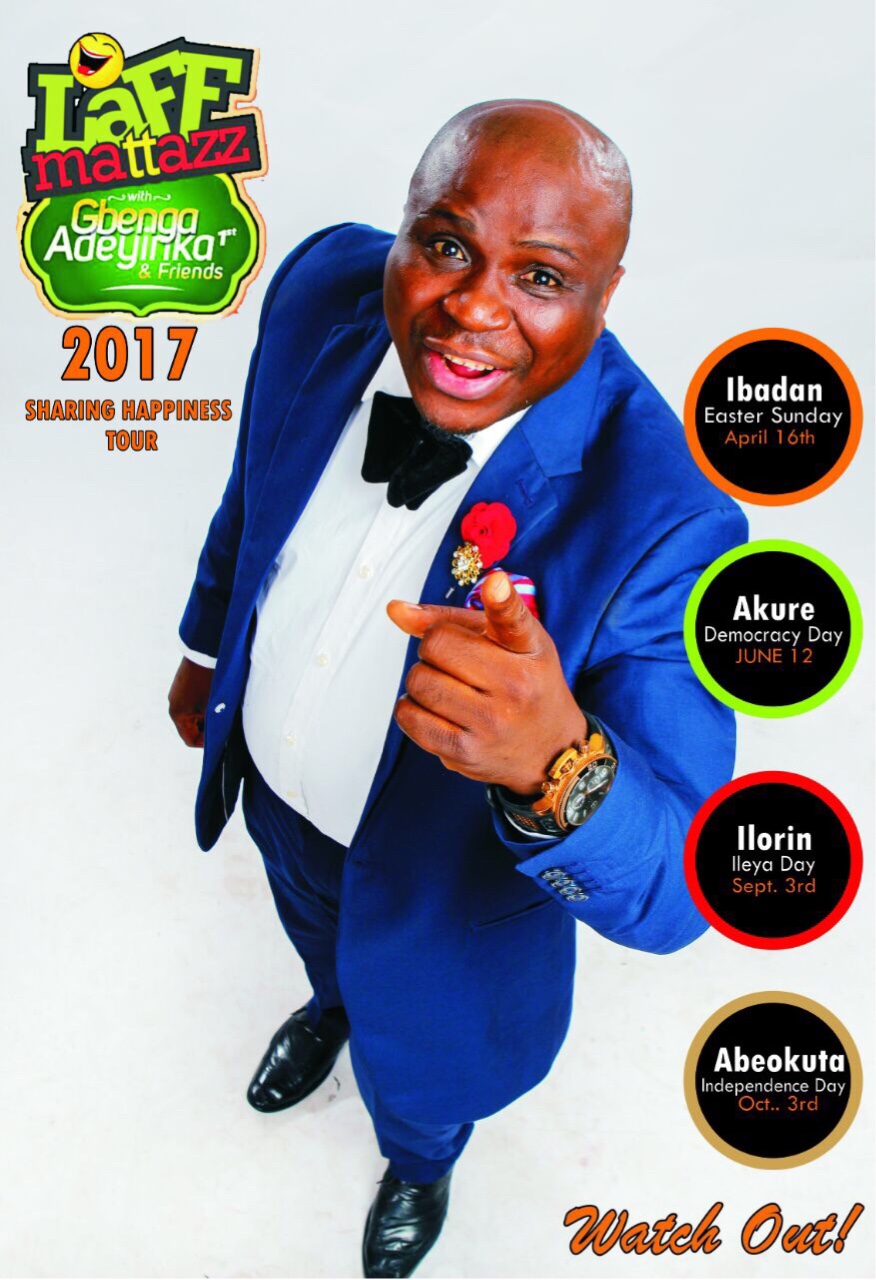 •Laffmattazz is a brand created by Gbenga Adeyinka the 1st; a name synonymous with comedy and entertainment in Africa
•For years, he has provided entertainment to the people of Nigeria through different mediums – comedy shows and television being his most popular

His annual Comedy Concert Laffmattazz with Gbenga Adeyinka and Friends was borne out of leaving the virtual space, and bringing comedy in its raw form to the people of Western Nigeria
For 6 years he has produced premium Comedy Entertainment for the people of Ibadan, Osogbo and Abeokuta. Where he entertained over 25 000 people annually.

This year for an encore, the cities of Ibadan, Abeokuta, Akure and Ilorin have been slated to host the Season seven of the successful and always sold out laffmattazz Series.

Discussion is already on with A class Artistes and corporate sponsors to make Season 7 bigger than all others so far.