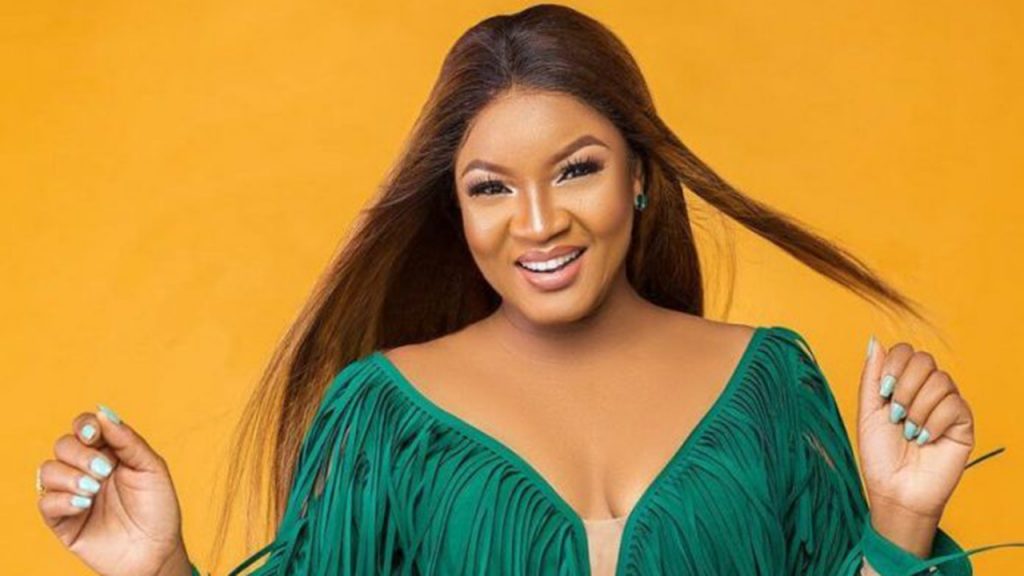 Screen diva Omotola Jalade Ekeinde turned 40 on February 7. To mark her attaining 40, the actress, philanthropist and mother of four announced a five-day programme of commemoration tagged #Omotola4point0, which she flagged off herself on February 7.

On that day, Omo T as the actress is simply called by close friends and fans, shared some stunning pictures of her looking ‘even more sexy at 40’ on all her social media handles.

She followed it with a terse message of gratitude to God whom she acknowledged for her journey to 40 and to the top of her career. The message culled from her very busy instagram handle read thus: Dear Lord…. THANK You. I’m so grateful… You ALONE Have done this and it is Marvelous in my sight. Happy Birthday to Me. It’s only the beginning #Omotola4pointO’’.

Same day, the birthday train berthed at a notable orphanage where the actress made some donations and feted widows and children. Next day, February 8, there was a retreat for couples where they reflected on the topic “Reciprocative Respect, Mental Health and Avoiding Slavery in Marriage.”

Day three of the birthday feast saw Omotola and her guest take what she described as “a renaissance trip to trace the beginning of slavery.’’ Those who made it to Badagry said they had an awesome experience. There is a symposium today February 10 but the five-day programme of commemoration will climax with an ‘Omosexy Grand Ball’ scheduled to take place at a choice venue in Lagos.

Reputed as the first African celebrity to ever hit the one million mark on Facebook, Omotola has every reason to celebrate. She has had a good run in life and has been so blessed. Omotola who is the first Nigerian celebrity to be featured on Time Magazine’s Top 100 Most Influential Women alongside personalities like Michelle Obama and Kim Kardashian in 2013, is cheered at wherever she goes and she is constantly besieged by fans almost to the point of suffocation particularly by the youths who view her success story so far as an affirmation of their own success, especially if they work very hard at it.

She is not only greatly loved but she has continued to receive accolades for her straight and convincing runs on the screen. Indeed, Omotola’s popularity and acceptance is to say the leas, overwhelming.

Born to the late Mr. and Mrs. Shola Jolade, no other genre of showbiz has achieved immense popularity and financial gain for the Estate Management graduate of the Yaba College of Technology as acting. Omo T clearly remembers how her decision to take a leave off modeling for a career in acting has today paid off so well. It was in 1995. She got a place to feature in Reginald Ebere’s critically acclaimed movie ‘Venom of Justice’’.

It was that appearance that started it all for the actress married to Mathew Ekeinde, a trained pilot. It was indeed that outing and her early movie credits like ‘Mortal Inheritance’ that shot Omo T to national prominence. Since then there has been no stopping Omotola who has since then been shooting up like a meteor.

Friendly with an easy-going warmth that contrast with the straight face she wears often on set, Omotola whose story could simply be termed the triumph of human spirit, has continued to blaze all over the country and the continent with rave reviews. There has equally been some mounting adulation for her shimmering talent.

An actress of vast credit, Omotola revealed that she has not been able to put a figure to the number of movies she has featured in thus far, but that she thinks she would have taken part in over 200 hundred movies. “I have never taken time out to sit down to count. But I think I have done well over 200 hundred movies’’. In her movie pouch are critically acclaimed movies like ‘Mortal Inheritance’, ‘Ije’, ‘Games Women Play’, ‘Ogbaje’, ‘House Girl’, ‘Dark Moment’ and host of others.

Outside the challenge of having to keep her job and homefront secured, fame is also another thing that the old girl of Christland Nursery School, Opebi-Lagos, Oxford Children School, Santos Layout, Lagos and Command Secondary School, Lagos has been battling hard to contend with. Luckily she is married, like she said, so she holds no patience for lustful fans.

When asked how she has been able to combine motherhood with acting and whether in her estimation she feels rewarded, Omotola, a recipient of the national honour of Member of the Federal Republic (MFR) replied: “It’s been brilliant and I thank God so far. He has given me a wonderful vision and he has kept me strong. My story as Omotola is God’s doing really. I didn’t have to make any long term plan because I believe that he is in charge of what I do. Whatever he tells me to do I pray about it, I ask my husband and my family and I do it.

So the Lord has been my strength. He has been helping me. I go to Him to keep my marriage and to keep my family together in spite of my long absence most of the time. And you know I go to God for even silly things like asking the Lord not to allow me to add weight or not to allow me receive any false call. And it has helped me.

As for rewards, I think I have been richly rewarded. Yes Nigeria has rewarded me and I thank Nigeria. I am one of the luckiest people around’’.

Mixed signals from the presidency

Mixed signals from the presidency