by metronews
in Breaking
0 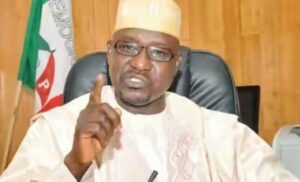 A former special adviser to ex-president Goodluck Jonathan on Political Matters, Ahmed Gulak has been reportedly killed by Unknown Gunmen in Owerri.

NEWS DIRECT reports that Gulak was shot dead while returning to Abuja from Owerri, Imo state.

Gulak’s daughter took to Twitter to announce the death of her father who had just died.