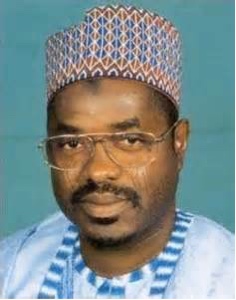 Governor Sani Bello said Late Kure was a peace maker and bridge builder who was concerned about progress and development of the state adding that he instituted good governance and started various developmental projects that were focused on the people.

The Governor stated this during a condolence visit to the deceased residence in Minna on Monday.

The Governor said he had good understanding and cordial relationship with him noting that Late Governor Abulkadir Kure was an example of God –fearing gentleman who understood that there was time for politics and time for governance.

“Governor Abdulkadir Kure is a leader who has always given me wise counsel about how to provide purposeful leadership for the state.

The news of his demise came with a shock because I spoke with him four days ago and he was doing reasonably OK. In fact I was hoping to go and see him soon but it appears that after my phone conversation with him, the situation went out of hand”.

“We will surely miss him. Personally I will miss his counselling despite the differences in party. As a former Governor and leader I enjoyed a lot of counseling from him in matters that affect the state. “
He never relate with me as someone from a different political platform.”

He said despite party differences late Abdulkadir Kure has been a leader and statesman by offering him useful advise that would move the state forward.

“Late Governor Kure had on several occasion send or personally visited me to advice me on important issues concerning the state. Of recent he intervened on the labour-government crisis” the governor stated.

The Governor prayed Allah to grant late former governor aljana fidausi and the family and entire people of the state the fortitude to bear the irreparable loss.

“The passing away of Alhaji Abdullahi Kure, is a tragedy to the State and the Nation at large, his demise at this critical and crucial moment of our country has created a big vacuum. We have lost a rare gem and repository of wisdom.”

Late Abdulkadir Kure was the 12th Governor of the state and 3rd Civilian Governor and first in the current political dispensation. He was governor on the platform of the Peoples Democratic Party, PDP from 1999-2007.
He died at a Germany Hospital after a brief illness at age of 61. He is survived by his wife, Senator Zainab Kure and six children.