Fivesome?! What Killed the Kokomaster!

Kokomaster was his alias by which he was more known in the neighborhood as a lover boy and a super stud. 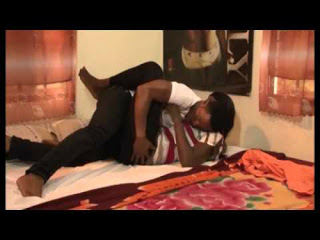 But, March 23 was a tragic day for late Olanimu Babatunde, as he died trying to live up and enjoy with 4 girls.

The 29 -year- old died after a fivesome love romp with four young ladies in his house on Thomas Street, Lagos Island.

His young sexy partners, now answering questions on the man’s curious death from the police, claimed that they never knew Olanimu was dead until around 4 am on the fateful day when they realized he no longer responded to their touch.

“We thought he was enjoying it, so we were taking turns and just having fun. It was when we realized he was no longer responding that we screamed,” one of the suspects told the police.

An eyewitness, identified as Jide, who rushed to the scene when he heard the girls screamed, said that Mr. Olanimu was confirmed dead same day.

He said: “The girls, who were already intoxicated at that time, said they thought he was enjoying it, so they kept going on taking turns and just having fun. It was when they noticed that he wasn’t breathing that they started screaming.

People rushed into the deceased’s apartment to find the four undressed girls and his lifeless body. They immediately alerted the police, who came a few minutes later to arrest the suspects.