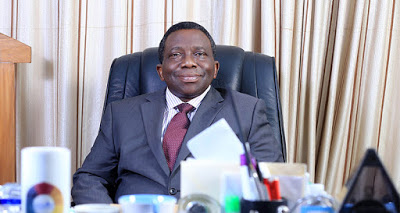 The Federal Government has mandated the National Institute for
Medical Research and the College of Medicine, Ibadan to do proper study
of the two claims to HIV cure in Nigeria.

The Minister of Health,
Prof. Isaac Adewole, disclosed this on Monday in Ilorin at the Federal
Government Town Hall meeting for the North Central Zone.

A Nigeria university don, Prof. Maduike Ezeibe, recently claimed to have found a cure for the virus.

The
minister, who was responding to questions on the position of government
on the claims, said getting a cure would be of public health interest
to the country.

According to him, Nigeria has about three million
people infected with HIV, the second highest number in the world after
South Africa.

The minister, however, said that there were modalities recognised globally for disclosure of cure which must be followed.

“What we need to do is to make sure that things are done properly.

“The process to undertake is the animal experiment to be sure it is efficacious and safe before moving to human.

“At the appointed time when we have the results, we shall come public,” he said.

Adewole
said that the government was close to achieving the promise to make
10,000 Primary Health Care (PHC) service centres available to Nigerians.

He disclosed that the European Union was investing in 650 PHC centres and the British government was funding 950.

The
minister said the FCT Administration was working to replicate the
Federal Government model of PHC centre in the 225 wards in the
territory.

On his part, the Minister of State Mines and Steel, Mr
Bawa Bwari said government had settled legal encumbrances hindering
development of the Ajaokuta Steel Company.

Bwari said that
government would soon commence the process of inviting new investors for
the start-off of the company to boost industrialisation.

Buhari must break silence on appointment of CJN, group says

Triple triumph for Kia at iF Design Awards 2017

Triple triumph for Kia at iF Design Awards 2017