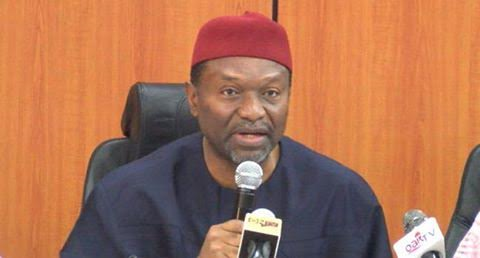 Minister of Budget and National Planning, Udoma Udo Udoma, says the
Federal Government does not have any intention of increasing taxes or
VAT but is working towards increasing its internally generated revenue
through the broadening of its tax base.

Udoma said this at the public hearing of the Joint Session of the
National Assembly on the 2017 Budget yesterday when he was responding to
concerns raised by Senator Ben Murray Bruce that if the Federal
government increased taxes, it will further worsen the economic fortunes
of individuals and businesses. According to the Minister

He told the gathering, which also included Civil Society Organizations
and private sector operators, that virtually all the views expressed by
the speakers have been captured in the 2017 Budget.

According to Udoma, Government realized that public resources cannot be
enough to drive the development process which is why the 2017 Budget is
directed at catalyzing private sector resources and using PPP for a
number of projects.

According to him, the spending is targeted at areas that have quick
transformative potentials such as infrastructure and agriculture,
manufacturing, solid minerals, services and so on. He pointed out that
the present government believes in planning.

“When we came in, we came out with a document – the Strategic
Implementation Plan for the 2016 Budget of Change. We set out short term
plans for one year. We started working on a longer term plan for four
years 2017 -2020; and that involved extensive consultation”.

On partnership with state governments, the Minister told the audience
that the Federal Government has consulted severally with State governors
and with Commissioners of Planning in all the states.

“Indeed, just last week we met twice with captains of industry and
members of the private sector to sit down and expose the plan to them
and get their input. We are going to Council soon and subsequently the
plan will be launched before the end of the month.”

The Minister said because government has bold plans which are tailored
towards pulling the country out of recession, investors are changing
their attitude towards Nigeria.

“People have heard of our plans; they have seen the plan because we
have had extensive consultations with our development partners – with
the World Bank, with IMF, with UNDP. They have all been exposed to our
plan and we have shown them what we are determined to do, that is why
people are believing in Nigeria and investing in the Eurobond.“

He was emphatic that government has a clear vision and is on a
determined path to get the economy out of recession. “We are determined
thereafter to begin to go back to the path of growth, a more diversified
growth, not depending just on crude oil. We want to stimulate our
manufacturing sector, we want to stimulate agriculture; so we have a
coherent, cohesive plan.”