by metronews
in #SmartLagos, Business, Entertainment
0 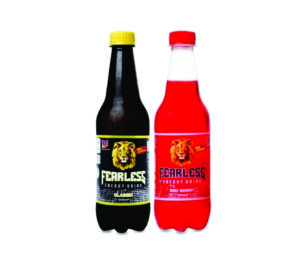 Femi Anikulapo-Kuti, an Afrobeat megastar, the eldest son of Fela Anikulapo-Kuti, has commended Fearless energy drink for sponsoring this year’s Felabration as talented artistes being energized by the leading brand came up with electrifying performance at the musical show held on the second day of the one-week event.

Femi, who expanded the genre’s reach to embrace punk, electro, and hip-hop elements, praised Fearless energy drink brand, produced by Rite Foods, for taking Felabration to a greater height by making it bigger and better.

He said the food and beverage company had done much to get participants at Felabration refreshed with its brands comprising the Fearless energy drink, made up of the Classic and Red Berry, the 12 Bigi carbonated soft drink variants as well as its Rite sausages.

“l have to say thank you to the great brand, Fearless energy drink, and Rite Foods, the producer, it has been very wonderful with the massive support,” the London-born artiste stated.

The appreciation came moments before the commencement of the musical show held at Fela’s Afrika Shrine, which saw artistes showcasing exceptional musical talents, thrilling the audience with captivating performances, with the atmosphere being charged as the concert continued into the late hours of the night.

Fearless, the premium energy drink spiced up the event that conjured up glitz and glamour with artistes such as Eda Oto and the Afrogenius Band, 2Scarce, Badman Q, Jody, John Dust, Chuddy K, Oberz, 2Slimmusic, Jaido P, Aramide, among others.

The show, which started with Eda Oto and his band, entertained the audience exhilaratingly with a Yoruba song hammering on political change that would encapsulate the various interests of the people for a better nation.

And with the dreadlocked Agbeniyi Edaoto, the band leader, taking control of the stage, displaying what he is known for, the Afrobeat singer in his song called for a futuristic leadership direction that would make the country conducive for all.

It was an evening of fun, as 2Scarce, a reggae-dancehall singer, captured the attention of spectators with his youthful exuberance while Badman Q, a fast-rising afrobeat musician, sang about the energy that could be exerted for meaningful ventures. Not left out was John Dust, another emerging star, an Afro-pop singer who overwhelmed music lovers at the show.

Others also added colour to the event, which kept Lagos agog, with fun-seekers trooping to the Afrika Shrine to catch a glimpse of the evening excitement.

Speaking on the rationale for sponsoring the event, which is part of Felabration, Rite Foods’ Brand Manager, Boluwatife Adedugbe, said the Fearless energy brand threw its weight behind the music show as part of efforts to enhance its commitment to the growth of the music and entertainment industry in the country.

On Felabration, Adedugbe said the late Afrobeat legend is worth celebrating, considering the message of hope and equality propagated through his songs.