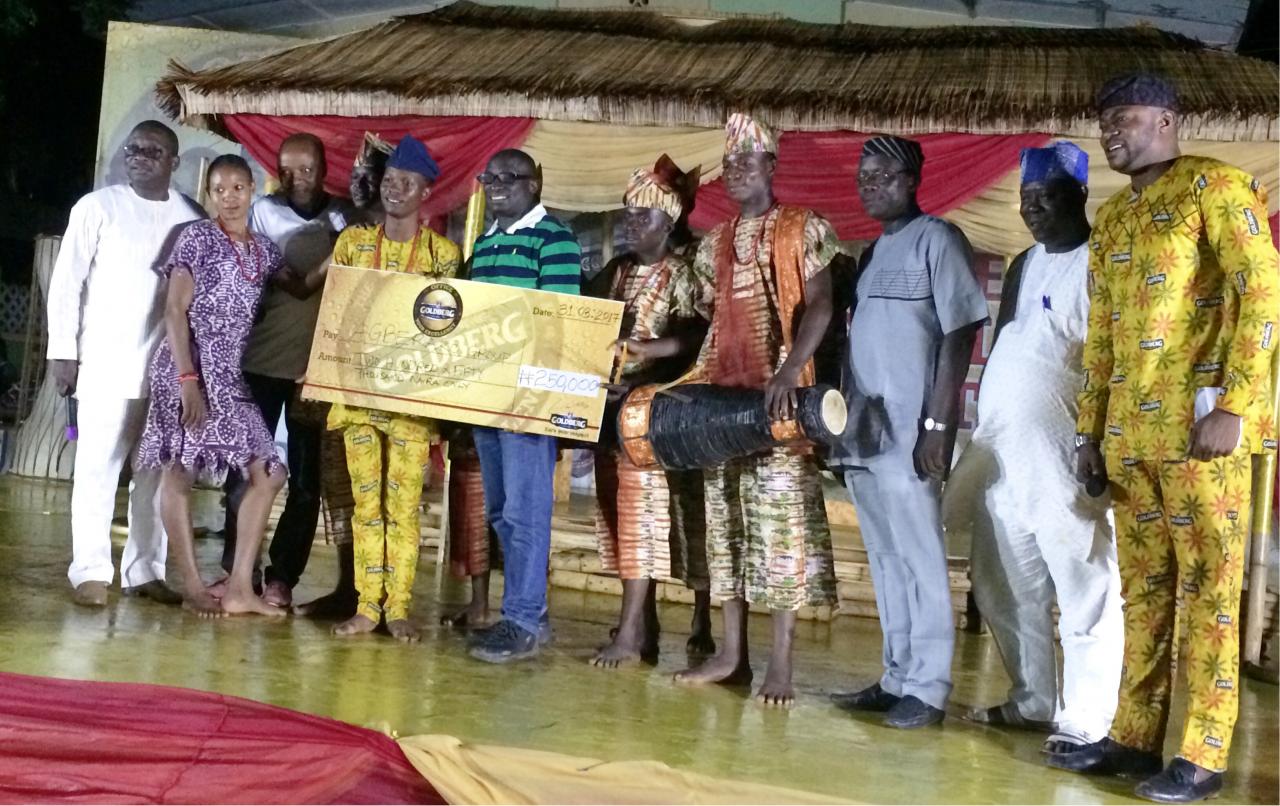 After weeks of touring different Southwest cities including Abeokuta, Ilorin, Ikare Akoko, Ado-Ekiti and Benin, the Goldberg Excellency Tour came to an exciting climax in Oyo during its EXCELLENT NITE on Friday, March 31, 2017.

The event, which held at Dacamca Hotel, Tobacco Area, Oyo, witnessed an influx of indigenes and fun lovers who trooped to the venue to celebrate the Excellent Drummers in town. After a town procession and audition of the drummers, five groups qualified to the final of the Excellent Nite.

An elated indigene, Muyideen Mubarak, who was at the venue to witness the fun explained that no one has ever really looked forward to when traditional drummers would come out en-masse and compete for a prize like this in town. “This is what makes Goldberg unique, by identifying with the local people,” he said.

Funso Ayeni, Senior Brand Manager, Regional Mainstream Brands, Nigerian Breweries Plc revealed that the Excellency Tour will deepen the brand’s identification with the cultural values of the South West people which is evident in the touring activities in various locations over the past six weeks.
He further congratulated all contestants and applauded the indigenes and visitors of Oyo for coming out to show support for their local bands in the city.

It was a night of excitement as the indigenes were also thrilled by the magical performances of legendary Fuji star, Abass Akande Obesere and Fuji T’O Bam winner, Antheena who collaborated on stage in their performances and left the audience clamoring for more. Even the little hitch caused by the rain could not deter the crowd from the excitement.

The Goldberg Excellency Tour is coming on the heels of the unveiling of Goldberg Lager Beer as ‘Your Excellency’ in 2016, and it is in line with showcasing the brand and the unique credentials that position it in a class of its own, away from its peers in the market.

Please Read This Carefully: She Was Raped!

New Jersey teen gets accepted by all 8 Ivy League schools

New Jersey teen gets accepted by all 8 Ivy League schools