Ekiti man kills self after posts on Facebook about suicide

A visibly depressed man from Ekiti State, Ariyo Olanrewaju Taiwo,
committed suicide a few hours after he posted a suicidal note on
Facebook.

Taiwo, who was initially thought to be playing pranks killed himself after the post.


He said he was feeling depressed, not afraid of death and that he had only a few hours to live. 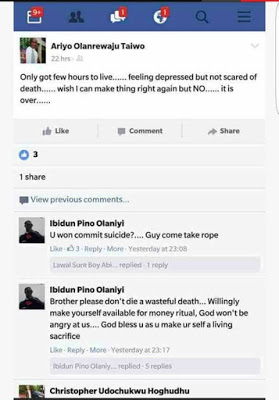 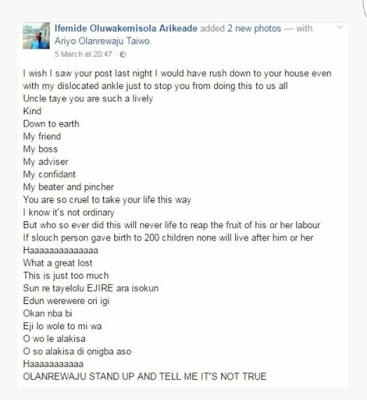 R&B Singer K. Michelle Is Back Searching, Her Fiance Just Dumped Her (See Why)