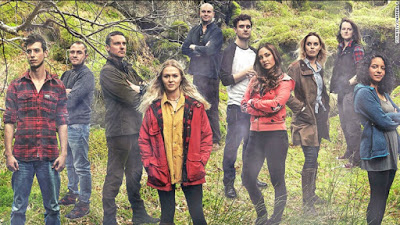 If a reality TV experiment continues filming after the show is canceled and no one watches it, did it really happen?

In the case of the Scottish series “Eden,” that’s exactly what happened.
According to the Guardian,
23 contestants entered into the wilds of the Scottish Highlands last
March to live for a year, completely cut off from modern society.
By
the end of the “social experiment,” only 10 contestants remained. But
“Eden” producers neglected to tell the participants the show was
canceled in August, after only four episodes.
The group of 10 has emerged a year later to a very different world, which includes Brexit and a President Donald Trump.
Previous Post