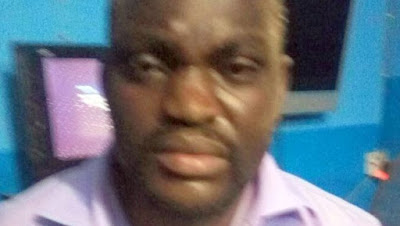 A medical doctor, Emmanuel Ogah, has been arrested by the Ogun State Police Command for allegedly stabbing his mother to death.

The Command Public Relations Officer, Abimbola Oyeyemi, who on
Saturday confirmed the incident and arrest, said the
suspect claimed that he killed his mother because she was fond of
scolding him publicly.

Mr. Oyeyemi said the suspect committed the offence at 16 Ololade
Street, Lafenwa, Itele Ota town of the State. He said the man was
arrested after the accused person’s elder brother complained to the
police.

“The Ogun State Police Command has on the 9th Of March arrested one
Dr. Emmanuel Ogah for stabbing his biological mother to death. His was
arrested following a complaints from one Cletus Ogah who reported at
Itele Ota Divisional headquarters that his younger brother has stabbed
his mother one Janet Ogah to death,” Mr. Oyeyemi said.

Mr. Oyeyemi said preliminary investigation revealed that the suspect
who had just completed his NYSC program, came back home three days
earlier and had being having quarrel with his mother.
“In his statement, the suspect claimed that his mother was in the
habit of insulting and disgracing him in the presence of her apprentices
and that he was frustrated into taking the life of his mother,” the
police spokesman said.

The body of the 62-year-old deceased was deposited at the General Hospital Morgue for autopsy, police said.