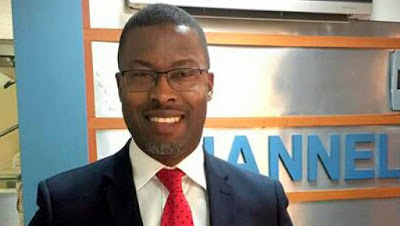 Sulaiman Aledeh, a Channels Television anchor and producer, has left the Lagos-based broadcaster for AriseTV in London.

“My babies and their mother, parents and family are so fine with my decision to move on,” Mr. Aledeh said on Saturday.

Mr. Aledeh spent eight years with Channels Television, and was well known as a co-anchor of the breakfast programme, ‘Sunrise Daily.’

His departure from the station was effective March 2.

He said he had mulled the move for some time, especially amongst his immediate family members, because the station was becoming increasingly uninspiring of late.

“It was time to move,” Mr. Aledeh said. “Almost eight years, I needed greater challenges and not routine that was getting boring for me.”

Mr. Aledeh, a Massachusetts Institute of Technology graduate, said his friendship with his former employers and colleagues remains cordial.

“I have no quarrel with anyone,” he said.

Mr. Aledeh said he would use his tenure under his new employers to do broadcasting in “a more friendly and professional way across diverse cultures and people with special attention on the African people.”

He is the second journalist to leave the TV station, coming six months after another former colleague, Kayode Akintemi, resigned.