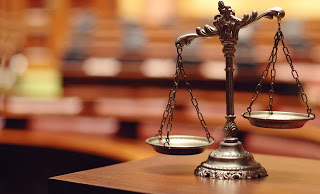 A Federal High Court in Abuja will on March 21 rule on whether to admit in evidence the statement of Col. Nicholas Ashinze, in a charge brought against him by the Federal Government.
Ashinze was a former aide to ex National Security Adviser (NSA) Col. Sambo Dasuki. He is being prosecuted on corruption related offences by the Economic and Financial Crimes Commission EFCC.
At the resumed trial, The EFCC had sought to tender the statement of Ashinze and other document found in his house during a search.
The EFCC told justice Gabriel Kolawole that it wanted the documents to be admitted as exhibits to enable it presents its case diligently.
The anti-graft agency said that the documents were vital to its case, hence, the request for their admission.
But Ashinze vehemently objected to the admission of the documents on the ground that they were not part of the proof of evidence.
The defendant claimed that since the EFCC did not plead the statement, it is too late in the day to seek to tender them in court.
He therefore urged the court to reject the bid to tender them against him.
Justice Kolawole has however fixed March 21 to rule on the issue.
Ashinze and five others are being prosecuted by EFCC on the alleged fraud related offences.
Justice Kolawole had at the last adjourned date rejected several bank documents sought to be tendered against the defendants by EFCC.
The Judge said that the documents were not pleaded in the proof of evidence and that they were not brought to count by proper person that can tender them.
Previous Post