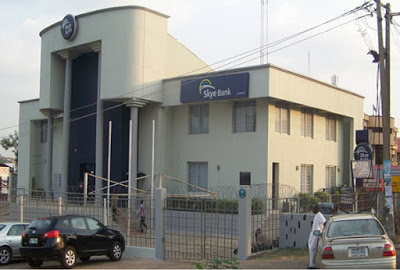 Centrespread
Advertising has asked Justice A. M. Lawal of the Federal High Court,
Lagos to commit Skye Bank plc for contempt of court following the
wrongful inclusion of its name on a list of delinquent borrowers
published recently by Skye Bank in some national dailies.
According
to the frontline advertising agency, Skye Bank’s latest action was in
flagrant disobedience of a subsisting pronouncement of the Court made on
4th July 2016 in suit No: LD/2362GCMW/16 in which Centrespread is
challenging Skye Bank’s claim of its continued indebtedness.
While
addressing the court at the resumed hearing of the case on Tuesday,
Counsel to Centrespread, Barrister Ademola Adewale, drew the attention
of Honourable Justice Lawal to the Skye Bank’s List of Delinquent
Borrowers as published in some national dailies last week. He submitted
that the inclusion of Centrespread Advertising on the list amounted to
contempt of the honourable court which had directed both parties to
maintain the status quo ante, pending the determination of the suit in
which Centrespread is disputing Skye Bank’s claim of its continued
indebtedness.
The
Centrespread Counsel therefore asked the honourable court to declare
Skye Bank Nigeria Plc’s wrongful publication of his client’s name as one
of their delinquent offenders as a violation of the injunction by the
honourable Court of law, and as an attempt to taint its reputable image
in the eyes of the public.
In
the Statement of Claim filed by Centrespread in suit No: LD/2362GCMW/16
before the honourable court, the Centrespread counsel had submitted
that while it is true that a transaction was carried out between
Centrespread Advertising Limited and Skye Bank Plc in 2007, his client
had made good on the terms of the agreement to pay back the principal
borrowed loan which, according to the terms of agreement, would expire
in the year 2020.
He
further averred that a few years ago, when Centrespread felt that it
was being subjected to exorbitant charges by Skye Bank, it employed the
services of forensic financial analysts who confirmed its concerns as
true.
Centrespread
is therefore praying the Court to, among other reliefs, declare Skye
Bank’s claim that it still owes the total amount declared in its record
as null and void since, according to it, a substantial part of the
figure being touted as standing against its name has been discovered to
be illegal charges.

Alternatively,
the Claimant is also praying the honourable court to compel Skye Bank
to release the claimant’s loan account statement and for the loan
account statement to be analyzed by a forensic analyst to be appointed
jointly by both parties for the determination of the Claimant’s actual
indebtedness to the defendant.
Further hearing in the matter was adjourned till March 16th of this year.