by metronews
in #SmartLagos, Breaking, Entertainment
0 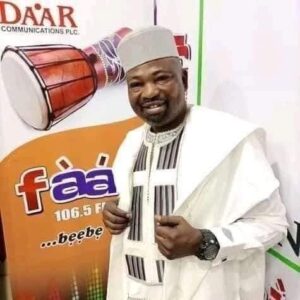 Yoruba popular radio/television presenter Alhaji Abiodun Oropo,also known as “Oyinmomo joojo” is dead. According to close friends he died late yesterday evening after a sudden attack of illness. Insiders said he was suddenly took ill two days ago and he was rushed about for treatment which yielded no result until he gave up the ghost yesterday.
Until his death he has well known radio programms on FaajiFm, Dux fm and several other radio station across the south west. He was a strong member of the Freelance and Independent Broadcasters Association of Nigeria.
Burial will commence by noon today at his residence in Orile Agege.