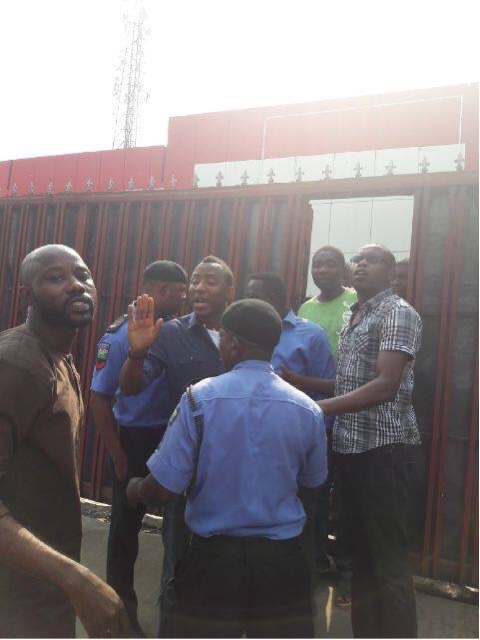 This is what was posted on the Facebook wall of the man who engineered his arrest. 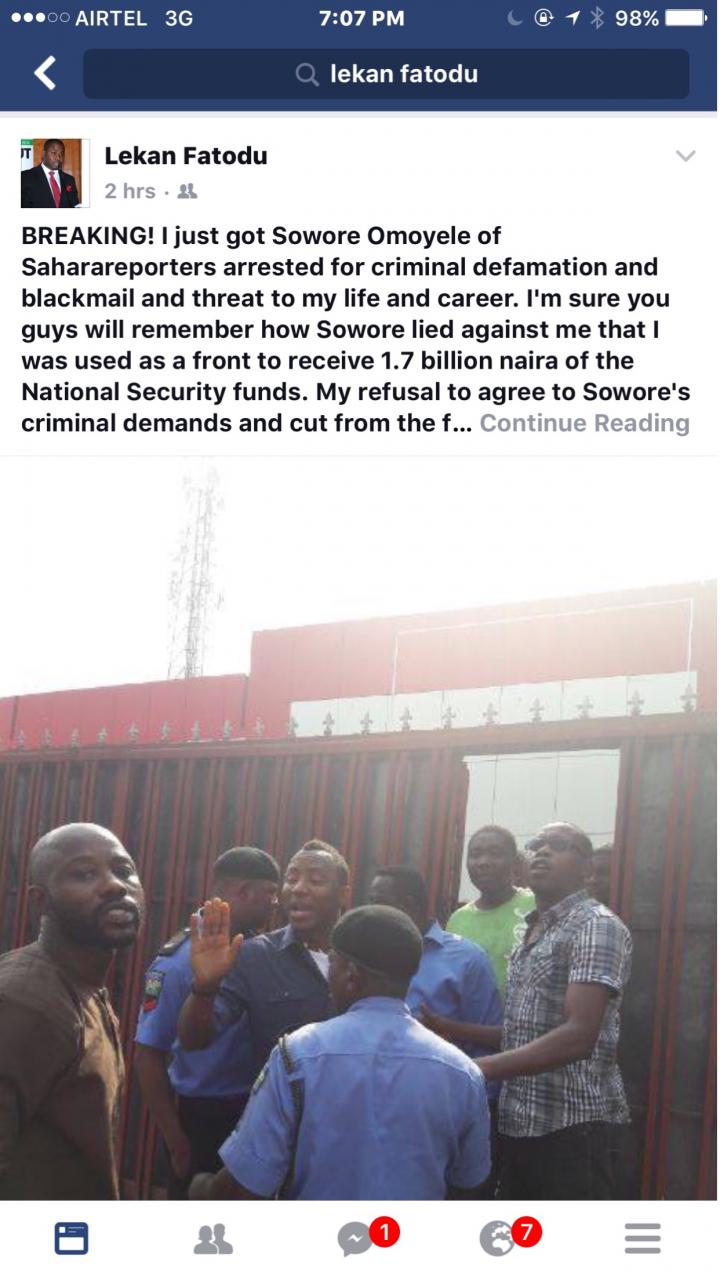 “BREAKING! I just got Sowore Omoyele of Saharareporters arrested for criminal defamation and blackmail and threat to my life and career. I’m sure you guys will remember how Sowore lied against me that I was used as a front to receive 1.7 billion naira of the National Security funds. My refusal to agree to Sowore’s criminal demands and cut from the fictitious money made him to viciously attack my personality on his website. And imagine this is someone I’ve known and I’ve been assisting for almost 20 years. We are still at the police station, and hopefully we be going to the court tomm. More details later.
-Lekan Fatodu 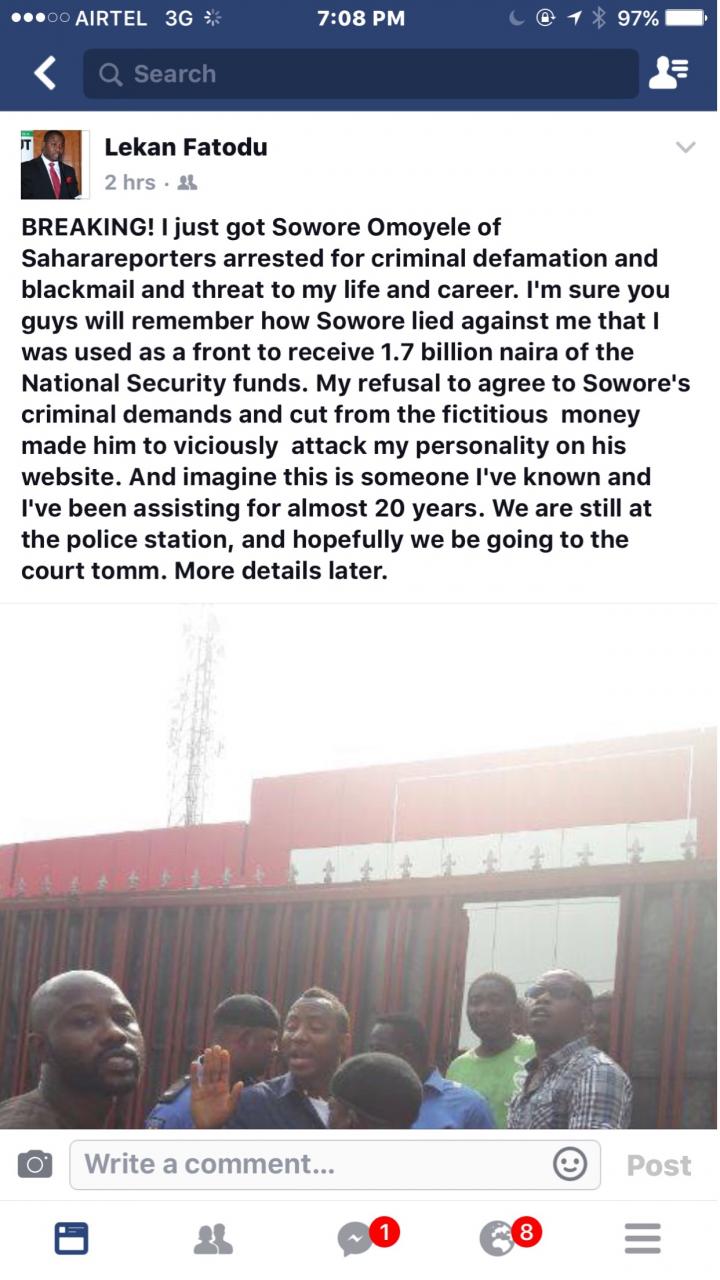