A Russian naval reconnaissance ship has sunk after it crashed into a freighter carrying livestock in the Black Sea, near Turkey.
Russia’s defence ministry said the Liman was holed as a result of the collision that happened on Thursday about 40km (25 miles) northwest of the Bosphorus Strait, in foggy conditions. 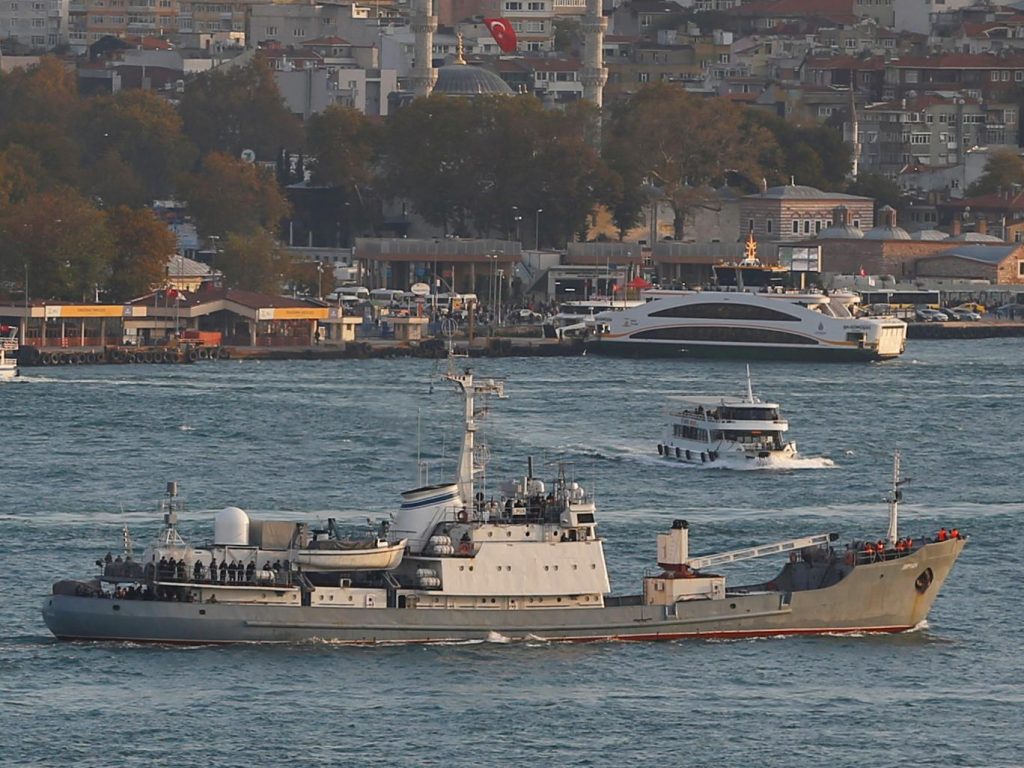 The ministry statement, carried by Russian news agencies, said none of the crew members were hurt.
A separate dispatch had suggested 15 Russian soldiers were missing after the crash.
The transport vessel was flying a Togo flag and was identified as Youzarsif H by the GAC shipping agent.
According to a Turkish coastal safety official, all 78 personnel aboard the Liman were rescued.
The intelligence-gathering ship was is part of Russia’s Black Sea fleet.