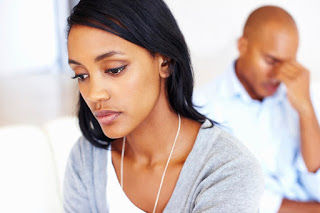 A bank manager in one of the new generation banks in Asaba, Delta State (name withheld) has allegedly put in family way mother and daughter (names withheld) after their relationship which started as customers.

Reports said that the Bank Manager was on Tuesday bathed by his wife in Benin City, Edo State with soap washing water and allegedly smashed his car’s windscreen when she got wind of the shocking news and had attempt to know the true story from the husband, when the trouble started.

It was gathered that the manager hails from Benin City, Edo State and was transferred to Asaba to head the Bank Branch. But sources said trouble started two weeks of his resumption in office when the woman, a first class business woman at the popular Ogbeogonogo market during financial transaction at the bank and interaction with the manager, discovered kind hearted services’ a situation she allegedly asked for his GSM number after which she left the banking hall.

It was further learnt that the bank manager a graduate of the University of Benin (UNIBEN) resumed Asaba branch of his office without his wife moving with him and since had been living like a bachelor in a self contained room he rented around Infant Jesus. More often, our informed sources said, the woman-customer who barely three weeks of her relationship with the allegedly turned herself into housewife for which often she cooks and washes his clothes.

Family sources said that the woman’s husband alleged to be “vegetable” after he allegedly survived strange illness, was rendered important and can no longer performs his civil and conjugal responsibilities ‘a situation he lost his wife to other man outside. While the philandrous act of the woman had been talk of the town in Asaba and its environs, the woman by share of providence became the house bread winner.

She was said to have introduced her daughter, a final year student of the state owned university, Awai, Asaba during which she became an errand girl and allegedly find her way into the heart of the banker who in most of her visits on behalf of the mother, allegedly spoils her with money.

Insider said that the girl, 22 years old, suddenly “assumed” the hottest in the heart of the banker who allegedly confided in a friend that the girl does the “job” better than the mother.

Investigation revealed that while their relationship lasted, the banker got a shocker from the mother, a 48 year old that she was pregnant and the following week on her news, the daughter reportedly “stamped” the banker with the same news.

The revelation of their pregnancies, further investigation revealed, had created tension in the family of the housewife and her property had been thrown out by the husband’s relations who described the act as an abomination.

One of the family members, Ogbueshi John Ikwunebo said “we as family members have asked the mother and the daughter to pack out of our brother’s house, it is a taboo and they cannot live there again”.

The housewife a native of Ogbeokaze Quarters in Asaba, had allegedly been “sleeping around” after the husband was reportedly hit with strange illness, while the daughter an under graduate of DELSU allegedly lives same like the mother.