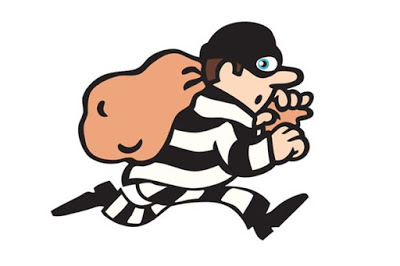 A
33 year old suspect, Olawasegun Oladimeji, arrested by operatives of
Rapid Response Squad (RRS) of the Lagos State Police Command for
vandalising Toyota cars in Victoria Island, has confessed that a spare
part dealer in Ladipo International Market was the one who gave him the
specifications of cars to vandalise.

The suspect, a barber by profession, was arrested in Lekki last week by the RRS officials, barely six weeks after he regained freedom from Kirikiri Prison, Lagos.

The suspect, according to report had just vandalised some vehicles around Lekki before he was apprehended by the RRS’s patrol team.

Found in his possession were several body parts of Toyota Corolla and mobile phones, which he stole from the garage guards, who were sleeping when he broke in.

He disclosed that he was released from prison in November, 2016 after he was convicted for three months for removing Toyota body parts in another garage in Apapa, in July, 2016.

According to him, “Oga Dona (auto parts dealer) has my number. He would call to give me the type of vehicle body parts that are on high demand in the market. He would tell me to get them for him. 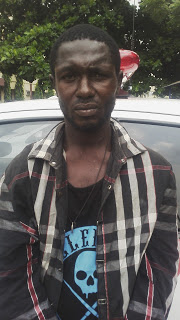 I have been working for him now for 8 years. I steal different vehicle body parts, particularly, Toyota products.

Since I came back from prison in November, 2016, I have stolen brain-boxes of 47 cars. My targets are Toyota products”.

He continued, “Whenever I am going on operation, he is the ones that gives me transport money. Most times, he tells me the specifications of the car he wants me to operate on.

I live in Marwa, Victoria Island. I had surveyed the company earlier in the day. And I knew those cars belonged to that company.

At about 4:00 a.m after operation, I had removed all I need to remove. The security sighted me and raised alarm. They were chasing me.

Unfortunately for me, RRS officers were patroling. They sighted me, pursued me with their vehicle and arrested me.

Oladimeji added; “I gained by breaking one of the small side glasses at the back seat. After I might have gotten all those parts, I would call Oga Dona who would tell me where to meet any of his boys for the collection of the parts.

Chidozie Onyema (32) and Ananyor Chukwu (33) were the guys Oga Dona usually send to me to collect those things on his behalf.

He asked me to wait for him at Toyota bus stop or any other place to collect the stolen car parts from Segun.

At times, he gives me N1, 000 or N500 after the deal. Occasionally, he tells me nothing ‘dey on top’. Segun has been supplying  stolen spare parts to him for up to 8 years. We are just hustlers”. He added, “Chigozie has another oga that he supplied
stolen spare parts to”.

Confirming the incident, the State’s Police Public Relations Officer, Superintendent of Police, Dolapo Badmus, said that the Command will not rest on its oars in nipping in the bud criminal activities in the state.

The suspects have been transferred to the State Criminal.