A five-man special panel constituted by the President of Court of Appeal, Justice Zainab Bulkachuwa on Monday dismissed an appeal filed by the candidate of the Peoples Democratic Party (PDP), Dr. Obiora Okonkwo seeking to restore the consent judgment that ordered the Independent National Electoral Commission to issue him a certificate of return as senator representing Anambra Central in the National Assembly.

Consequently, after hearing parties, Justice Tsoho, on January 12, 2018 vacated and set aside the consent judgement. 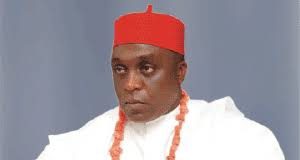 Miffed by the ruling, Okonkwo headed to the Court of Appeal.

But in it’s judgement, Justice Frederick Oho, in a lead judgement said Okonkwo’s appeal was lacking in merit and therefore liable to dismissal.

Justice Oho said he was unable to disagree with the Federal High Court because according to the jurist , “the consent judgment delivered on December 13, 2017 was properly and correctly set aside by Justice Tsoho, on January 12, 2018”.

The special panel unanimously held that Okonkwo’s appeal was a “desecration of the doctrine of stare decisis” because the appeal was filed not minding the pendency and subsistence of three judgements delivered on the matter.