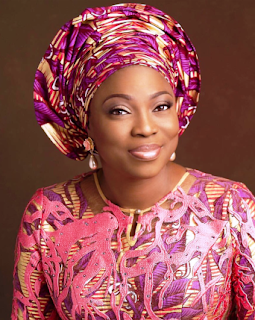 Wife of the Governor of Lagos State, Mrs. Bolanle Ambode on
Monday flagged-off the State’s mass  de-worming exercise for primary
school pupils in the State, charging parents in the state to encourage
hand-washing among their children, as well as maintain a clean and healthy
environment so as to prevent them contracting worm infections.
She gave the charge at Maryland, lkeja during the flag-off
ceremony organized by the State’ Ministry of Youth and Social Development.
She said that worm parasites contributes significantly to
malnutrition in children by stealing the nutrients they ingest, leading to
dangerous health conditions like severe anaemia, stunted growth and low
immunity, among others.
According to her, “De-worming children helps them to develop
well and boost their learning capability. This is a great advantage that cannot
be ignored because good academic performance will to a large extent determine
the future of a child.
“It is important to remind ourselves of the need to maintain a
clean environment, as it is a simple and effective way of preventing worms and
helping the children to live a healthy life,” she said.
Speaking further, Mrs. Ambode commended the effort of the State
Government in this regard, describing it as pivotal to the survival, growth and
development of every child, regardless of social background.
She also reminded teachers of their responsibility towards
educating children on healthy habits for good growth and development.
Speaking earlier, the Commissioner for Youth and Social
Development, Mrs. Uzamat Akinbile-Yusuf, disclosed that over 60,000 pupils from
various primary schools in the state, would be de-wormed, using WHO-recommend
drug.
She noted that worm infection had been identified as one of the
major challenges to healthy growth and development of children, which the human
body system did not have the natural means of combating.
According to her, “Worms infect more than one third of the
world’s population, with the most intense infections in children and the poor”.
She promised that the current administration in the state would
continue to take proactive measures that would assist healthy development and
robust welfare of children in the state.
Previous Post

CLARIFICATION ON THE LIBEL ALLEGATION AGAINST THE PREMIUM TIMES

CLARIFICATION ON THE LIBEL ALLEGATION AGAINST THE PREMIUM TIMES