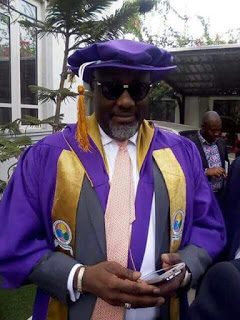 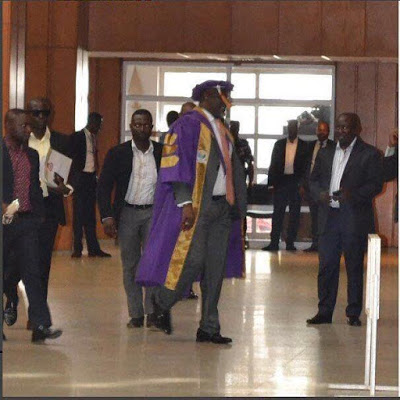 In what seemed like a reaction to the dust raised by the alleged accusation of  faking his result, Dino Melaye, the senator in the middle of the storm decided to take the fight to a whole new level.

It was widely reported last week that Melaye did not graduate from Ahmadu Bello University (ABU), Zaria.

However, Professor Ibrahim Garba, Vice Chancellor of ABU, had on Monday cleared Melaye, saying he graduated from the institution with a third class.