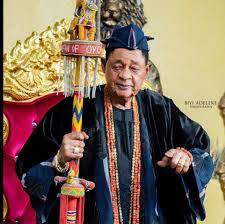 Former governor of Ogun State Otunba Gbenga Daniel has described the demise of the Alaafin of Oyo as shocking,despite the fact that he joined his ancestors at old age.

In a condolence letter written to the Governor of Oyo State,Seyi Makinde,he went down memory lane tracing his childhood to Oyo town,which availed him the opportunity to be seeing the late referred monarch at close quarters.

I received the news of the demise of Alaafin of Oyo, Oba Lamidi Adeyemi, with shock. Even though His Imperial Majesty joined his ancestors at old age, it is often surreal to equate such personality with death.

I remember with nostalgia my childhood in Oyo State where I had the opportunity of seeing him at close quarters. His Imperial Majesty was always available to provide guidance, mentor-ship and knowledge with distinctive calm.

My interactions with him many years later as a businessman and politician replay the same personality.

On behalf of my family, please accept my deepest condolences as we rejoice in the exemplary life that His Majesty lived.

He was today buried in Oyo Town.

ISWAP Collobarator in Army Kills Self after Arrest

ISWAP Collobarator in Army Kills Self after Arrest