0
SHARES
7
VIEWS
Share on FacebookShare on Twitter
The National Open
University of Nigeria (NOUN) has commended the accomplishments of Akwa
Ibom state governor, Deacon Udom Emmanuel, in the area of education,
describing him as a champion of education. 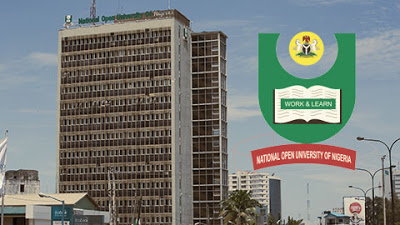 The
Vice-Chancellor of the university, Prof. Abdalla Uba Adamu, stated this
at the weekend during a brief ceremony for the relocation of the NOUN
study centre to its permanent site in Uyo, the state capital.
The
ultra-moden site was donated recently to NOUN by the state government
in order to boost the activities of the institution in the state,
especially in the area of enrolment of the citizens and other residents
into the university.
The
erstwhile Special Study Centre, located at No. 3, Mbaba Afia Street,
has formally moved to the new facility at Udo Udoma Avenue in the
metropolis.
At
the ceremony to declare the centre open for occupation by NOUN staff
and students, the Registrar of the institution, Mr. Felix Edoka, who
represented the vice-chancellor, said, “The purpose of our visit today
is to ask the director of the Uyo Study Centre, Dr. Angela Abaa, to move
into this facility recently donated to the university by the government
of Akwa Ibom state. I wish to seize this opportunity to express the
gratitude of the university to the governor, His Excellency Deacon Udom
Emmanuel, for this wonderful gesture.”
He revealed that the university has decided to make Uyo the operational hub of the university in the South-south region.
“The
reason the university is particularly interested in the Uyo Study
Centre is that management of the university has decided that the Uyo
Study Centre should be the hub of operation of the university in the
South-South region,” he said.
Also speaking on
the occasion, the Director of NOUN’s Learner Support Services (LSS),
Professor Stanley Ngoa, described Governor Emmanuel as a large-hearted
leader who is passionate about the education of his people.
He pledged that NOUN would educate the Akwa Ibom people just the way the governor wants it.
He added that the facility would be utilised judiciously and optimally.
Ngoa
explained that the choice of Uyo as the operational hub of the
university in the South-South was informed by the fact that the state
has a great potential for growth and is relatively more peaceful than
any other state in the region.
Earlier,
the acting director, Uyo Study Centre, Dr. Angela Abaa, expressed
delight and gratitude to God and the state government for resolving the
endemic accommodation challenge that had plagued the study centre for
years.
She
called on the people of the state to take advantage of the excellent
facility provided by the state government and enroll in the university.
Previous Post