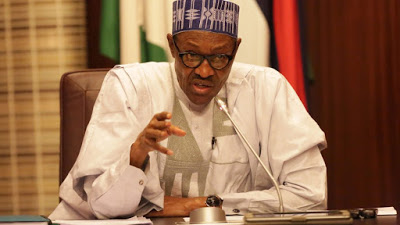 I will start this long piece by a short story.

It was one
Saturday in August 2002 and Buhari was just few months into politics
when his lifetime personal assistant, our indefatigable friend and
brother, Malam Sarki Abba, told me that “Malam Mamman” wanted to see me.
When I met Mamman Daura in his Kaduna house that morning, he expressed
gratitude over the assistance Sam Nda Isaiah and I were giving Buhari in
the The Buhari Organization (TBO). Then he said, “We have decided that
both of you be given, as an appreciation, a token of N50,000 monthly to
cover some of your personal expenses. The money is there in the envelope
on the cupboard by the door. You can pick it on your way out.”

I
knew the answer I would give the elder but how to coin it was difficult
because I respect Malam Mamman, being a long time nephew-friend of
Buhari and I knew by “we” he meant people like Dr. Mahmud Tukur, Buhari
himself, Sule Hamma and Musa Bello —the exclusive members of TBO
conclave. Nevertheless, I took a deep breath and said, “Sir, I am
grateful for the offer but I am sorry to decline it. I am here to
champion a cause I believe in (Na zo nan ne bisa akida) and I have
enough to sustain myself. If there is any help I need right now is a
room that I will return to without checking into hotels late at night
when I return from assignment.” He again expressed his gratitude and
promised to find a place for me. The large boys’ quarters of Buhari’s
office at Jabi Road, Kaduna, was allocated to me immediately.

The
above story summarized the spirit that started the Buhari movement.
People were attracted to him based on his acclaimed hallmark of honesty
and not by any material gain for there was no material to gain anyway.
Whoever was in the TBO then knew Buhari had nothing to offer him
materially. Through sheer dedication to his cause, the TBO transformed
Buhari’s candidature from a politician despised by ANPP politicians and
mocked at by PDP politicians into a popular presidential candidate who
the ANPP could not help but allow its presidential ticket in 2003
primaries and gave the PDP a good run for its money.

In the time
that passed between 2003 and 2015 various people have joined Buhari’s
train, many for altruistic reasons as we did in 2002, many others,
including his arch enemies, as a stepping stone to power at various
levels of government. By the time he became President in 2015, events
have pushed the first category to the sidelines and the latter—believers
in realpolitik—coming from the PDP and other constituencies of the
mega-party have taken over. Many have expressed the fear that Buhari’s
ambition to become president has led him to dine with the devil. But
what else could he do if he truly wanted to become President, beyond the
status of Aminu Kano that self-sacrificing and predominantly northern
supporters could afford him?

Every cause we take has its
consequences. Success—especially in the form of Nigerian
Presidency—attracts pests of various kinds that will definitely live on
the fruit of the masses that voted for the President in anticipation of
performance. Yet, whatever is the destruction that these pests could
cause the Buhari brand, one expects that the hallmark of honesty which
he is known for in the past decades will be guarded strongly—at least in
how the administration relates with the public—not only by him but also
by the people he chose to work with. Both the utterances and the
methods must remain honest and clean.

Now here comes the second
story. Yesterday morning my wife approached me with her phone saying,
“So the President has returned last night. See the picture”. She showed
me a picture of the President disembarking from a plane with a coterie
of staff waiting to receive him at the foot of the ladder. I told her,
“This is false. We just heard the early morning broadcast of the BBC
Hausa Service and there was no mention of the President’s return. It
can’t be true. And please stop believing this APC propaganda.” The
picture carried the mark of a known Buhari supporter, Rabiu Biyora. I
left the matter there, went on writing a post on Facebook and played for
the rest of the day. (Meanwhile, keep the name Rabiu Biyora, as it will
feature again in this post)

After sunset, I went on Facebook to
find out what news were trending. I was attracted to Professor Farouq
Kperogi’s article, Buhari’s Government of Propaganda and No Substance.
In it he mentioned the nine media assistants to the President before
dropping the bombshell that took everybody by surprise: “In addition”,
Professor Kperogi revealed, “the President has about 40 paid
journalists, bloggers, media analysts, commentators (whose names I have
but will leave out for now), working under the BMC (Buhari Media Center)
in Utako, Abuja. The Buhari Media Centre is a well-furnished one-storey
building with expansive premises. It has security guards, clerks, and
cashiers. The team members are paid a monthly allowance of between
N200,000 and N250,000.”

It is not the presence of the media
centre that is the problem. As a President, Buhari has come a long way,
far from the pristine days of TBO when we only relied on our columns in
newspapers to write features on his project, something that led to our
sack by the Trust after the 2003 elections. The problem is that while in
those days we never wrote anything with the intention to smear anyone
or lie about the achievement of Buhari, the Buhari Media Centre, to my
shock and as Professor Kperogi reported, has a totally different
mandate. Hear him:

“They are mandated to react to all media
contents critical of the President, write favorable news items for the
president, and attack/demonize/smear people critical of the president.
They also work with government agencies such as the EFCC to push
narratives to deflect attention from the ineptitude of the government.
They work behind the scenes and use pen names in extended articles, and
pseudonyms on social media. Almost all the members of the APC
Presidential Campaign Media Directorate operate from the Buhari Media
Centre, with the exception of those with appointments. And this excludes
Lai Mohammad’s well-oiled lie squad.”

Now, this looks messy, not
the clean work that should be associated with Buhari. He does not need
this. Something is wrong, I told myself. I searched for reactions to
this story on Facebook and found that I was not the only one
disappointed with the discovery of the Buhari Media Centre. And reading
the wall of Professor Kperogi further, I came across a letter of
appointment indicating that the Personal Assistant (Broadcast Media) to
the President has himself officially appointed Rabiu Biyora as “Media
Assistant 1, Social Media to PA Broadcast Media.” I quickly recalled the
false picture of Buhari’s return that my wife showed me in the morning
and concluded that something is indeed wrong.

For the next
several minutes the chips started to fall in place. I recalled how some
people I hold in high esteem for their critical minds suddenly
transformed from supporters to followers of the President, justifying
every step he takes, whether right or wrong, and downplaying glaring
flaws in his administration. They joined the bandwagon of those who hail
the pervasive hunger, unemployment, inflation, free fall of the Naira,
hike in fuel price and so many sad developments that have come to define
the tenure of the President. Sometimes, I would call a common friend
and ask why someone was suddenly holding some strange opinions like
this, that this is not him, and so on.
I remembered how hard it
was to convince some people to accept that criticism is an essential
ingredient of every successful leader, that Buhari needs it too to
succeed. It took a while before such people came to tolerate us—the
wailers, they call us—on the social media space, but not before they
called us names and maligning us as frustrated people who cannot secure
appointment in Buhari’s government, etc. It took a long time to convince
them that Buhari is not an angel but human, who can make mistakes; that
he is not God that will not err or treat people unjustly sometimes;
that his decisions cannot always be just right; that he cannot be
elevated to a demigod entitled to worship.

With stubbornness,
perseverance and the evidence on ground that came with every day that
passed by, these facts sank in and we can now at least point at a wrong
when we see it without attracting much recrimination.

The
discovery of Buhari Media Centre will definitely leave a deep dent in
the minds of Nigerians. It will continue to ring a bell whenever we read
a post or listens to anyone blackmailing someone or downplaying the
obvious pitfalls of this administration. It has created doubts that will
remain for the rest of the President’s tenure. I, for one, will
henceforth regard every story from the Presidency and indeed the
government as a promo that deserves to be greeted by the skepticism of
the critical mind. Next time, for example, I here you call anyone a
wailer, I will just stamp you BMC! Gbam.

I totally agree with
Professor Kperogi that what Buhari Media Centre should do is to
propagate the achievements of Buhari in various spheres of governance
without resorting to propaganda that aims at hoodwinking Nigerians.
Nothing speaks better than achievements. When propaganda—which we in
Nigeria term deceptive information—is employed in communicating with us,
there is every reason to stir worries in our hearts and even in those
of his ardent supporters.

The same thing applies to religious
leaders who are invited to the villa (by the President, said one of
them) for the same purpose of propaganda. They return and tell their
followers all sorts of stories that they have met an angel there and
witnessed miracles at the foot of Sinai. I just heard a Whatsapp audio
of one of them from Sokoto who was telling his followers, amidst Allahu
Akbar, this kind of stories: Buhari ya yi kira. Kuna ga sai a zauna?…kun
san da Nijeriya ba ta da uba. Yanzu na tai uba. Na je villa, na ga abin
ban mamaki… What a shame. In the past, most ulama are known for keeping
a safe distance from power and only few of them were malaman fada—court
priests. Today, the most vocal are the malaman fada who are here to
justify anything, just anything, the government does for the token they
will gain through appointments and gifts or the worldly recognition they
will enjoy. Allah ka tsare mu da sharrinsu.

I will conclude this
essay with a piece of advice. Whatever desperation is there to launder
the image of this government, Buhari’s hallmark of honesty must be
strongly guarded against any abuse. That was the fundamental spirit of
the pristine TBO. It was what attracted people to him right then amidst
opposition even from his party, the ANPP. Today, any attempt to hoodwink
Nigerians by way of propaganda will backfire severely on his image and
of that of his government. It is left to the seniors in his media
battalion to take this advice seriously or disregard it. They may decide
to forego the reward of an honest deal with the masses, but they cannot
avoid the consequences of deceiving them. Nigerians can be patient but
they are not fools.