Nigeria’s Minister of Finance, Mrs. Kemi Adeosun, has called for the designation of tax malpractices by Multinational Corporations in Nigeria and other developing countries as ‘foreign corrupt practices’.

She made the call at the Platform for Collaboration on Tax (PCT) Conference in New York, which rounded up over the weekend. The PCT is an initiative of the Organisation for Economic Cooperation and Development (OECD), World Bank Group, International Monetary Fund (IMF) and United Nations.

The Minister explained that Nigeria was doubly affected by illicit financial flows as a result of corruption and tax evasion.

She requested global organisations such as the OECD, World Bank, IMF and United Nations to see the tax avoidance actions of multinational companies as corrupt practices.

“There is absolute need for a complete understanding of how these Multinational Corporations (MNCs) behave in Nigeria and developing countries, many operate a completely different standard in Africa to what obtains globally,” Adeosun said.

She lamented the capability of defaulting MNCs to hide behind slow legislative processes to avoid doing what was right in the nations from which they derived significant income.

The Minister, who disclosed that options to sue such companies in their own countries were being explored, said that the designation of tax crime as foreign corrupt practices would support such efforts.

On the wider issue of Illicit Financial Flows, she emphasised that Nigeria, under President Muhammadu Buhari, was ‘taking strong action and was determined to reverse their impact’.

The Government, according to Adeosun, is taking a number of measures internally and also taking full advantage of international initiatives to tackle the problem.

She added, “Internal measures include tightening financial controls and surveillance, adoption of the National Tax Policy with its commitment to regular revisions of tax laws and the ongoing tax amnesty programme, the Voluntary Assets and Income Declaration Scheme (VAIDS).”

The Minister stated further that the Nigerian Government would use every available avenue to improve its revenue generation and tax collection and credited the United Nations with putting the issue of Illicit Financial Flows at the forefront of the fight against IFF.

She noted that that it was ‘entirely appropriate that we are discussing this issue in the United Nations Headquarters, as this is a United Nations sized problem’.

She referred to the Thabo Mbeki report that found that IFFs from Africa exceeded the volume of foreign aid into Africa, adding that Nigeria was found to be the most adversely affected.

“The Nigerian Government is taking responsibility for preventing illicit flows but the range of measures used and the sheer volumes are such that the recipient nations must also take measures to discourage the flows into their countries by asking more questions,” Adeosun remarked.

She lauded the recent initiative by the United Kingdom Government with Unexplained Wealth Orders (UWOs) and requested that more countries adopt such measures.

She added that Nigeria was studying the options for introducing similar measures in the country. 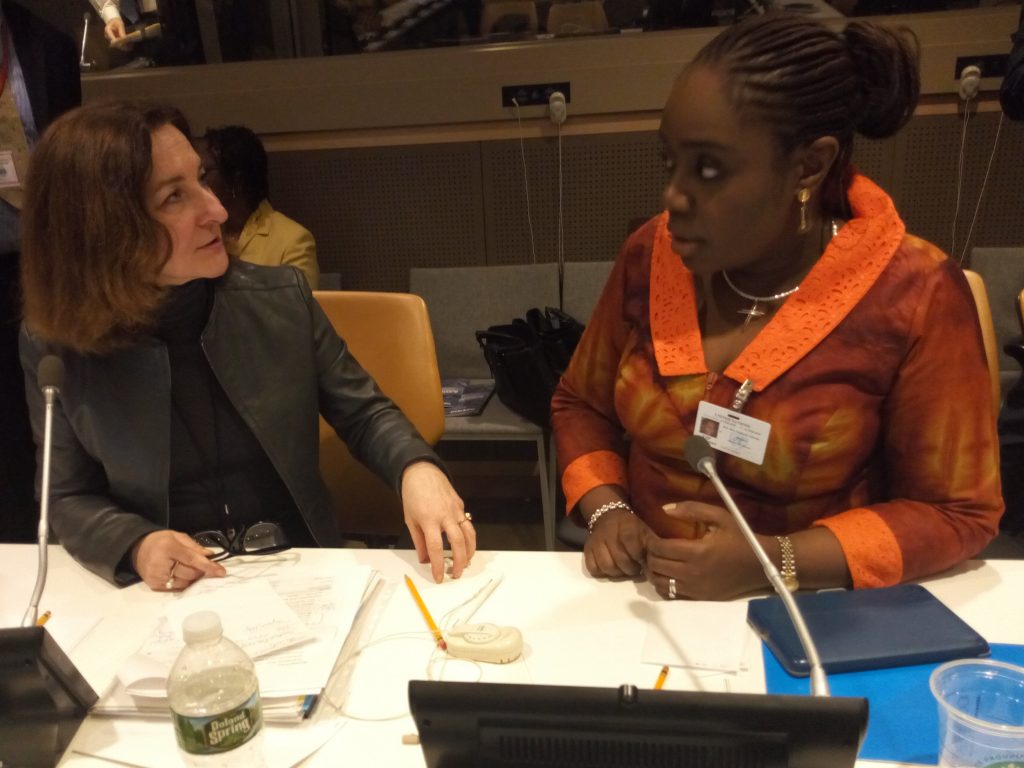 The Honourable Minister of Finance, Mrs. Kemi Adeosun discussing with the Chairperson of the Illicit Financial Flows Panel of the Platform for Collaboration on Tax (PCT), Grace Navarro, during the PCT Conference organised by the the Organisation for Economic Cooperation and Development (OECD), World Bank Group, International Monetary Fund and United Nations in New York on Thursday, 15th February, 2018 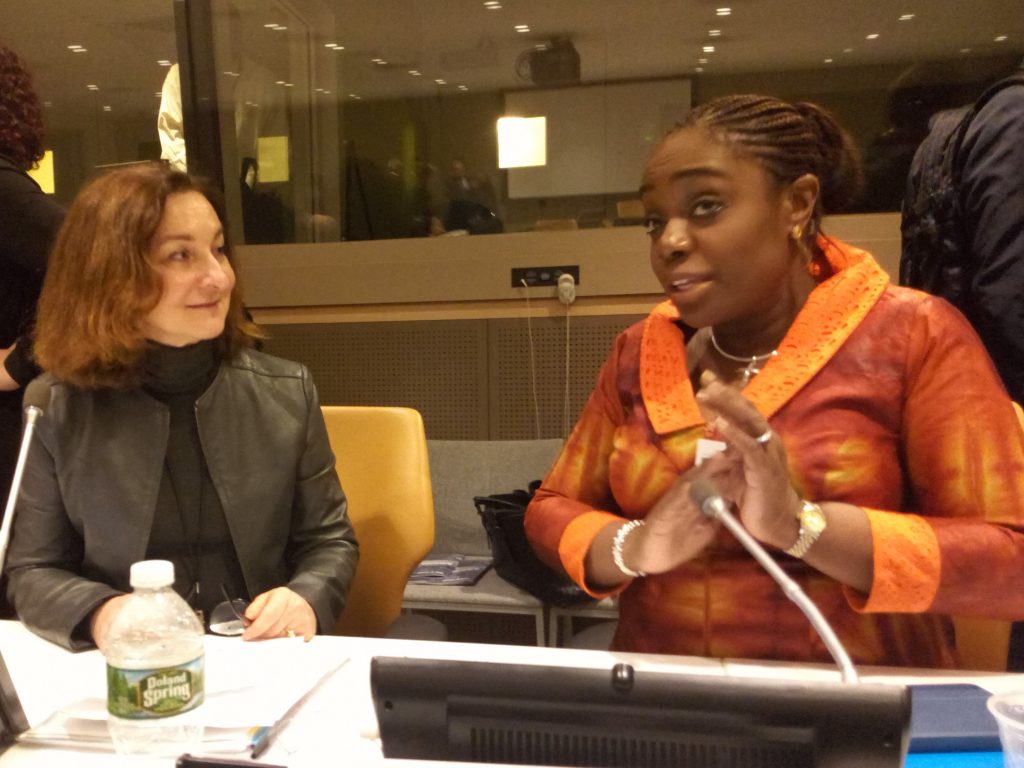 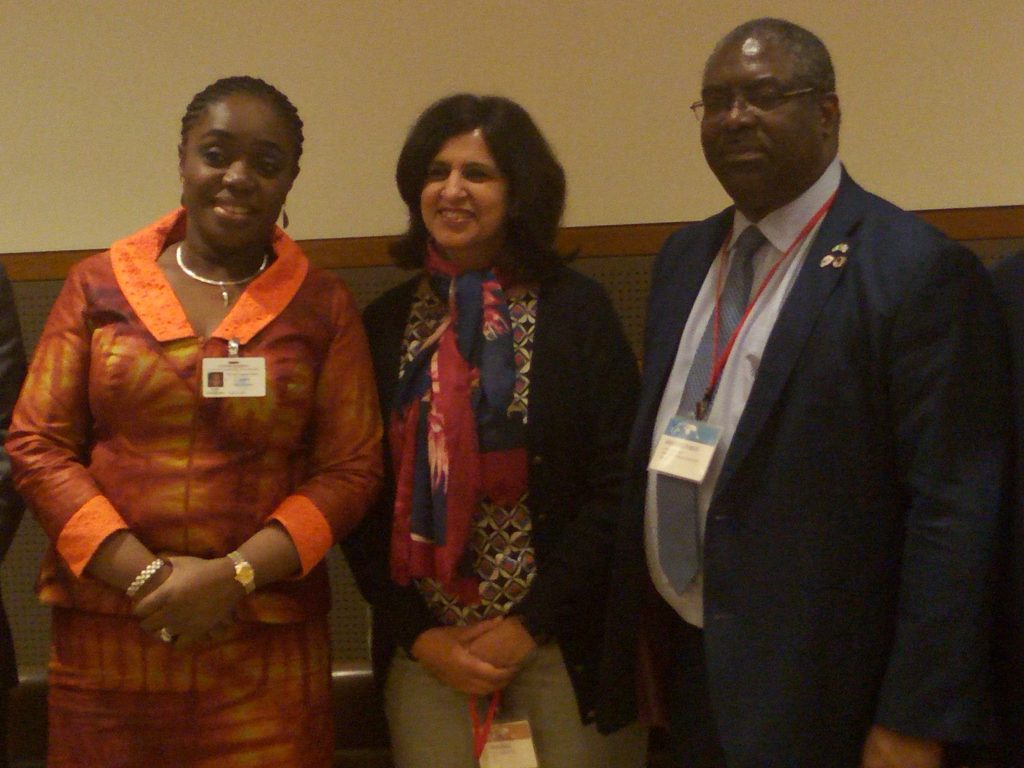