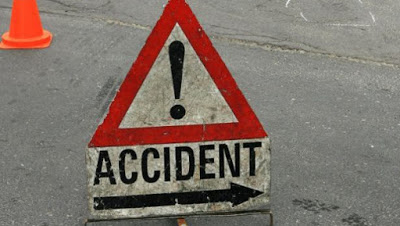 Four policemen attached to the `A’ team of the Police X Squad at the Lagos State Police Command died on Sunday from a fatal accident while on surveillance and patrol duty.

The Public Relations Officer (PRO) of the command, ASP Olarinde Famous-Cole, said the accident occurred on along Isiwu Road in Imota, near Ikorodu in Lagos State, at about 1p.m., in a statement.

“At about 1p.m.on Sunday, a police truck with Registeration No. NPF 409 D with five policemen on board was involved in ahead-on collision with a 911 tipper lorry with no Registration number.

“The driver of the Nissan frontier 911-van who could not be identified fled the scene.

“It was disclosed that both vehicles were coming from opposite directions and had a head-on collision at a point near Isiwu.

“Three policemen died on the spot.

“An ASP and an inspector who sustained serious injuries were rushed to LASUTH, Ikeja, where one of them was later confirmed dead.

“The fifth officer is currently on admission,’’ he said.

Famous-Cole said that the corpses of the deceased had been deposited at the General Hospital, Ikorodu where they would be taken to LASUTH, Ikeja, for autopsy.

“As the Lagos State Police Command mourns the death of some of its finest officers who died in active duty, the command will not leave any stone unturned to bring justice to the lost souls,” Famous–Cole said.

He also urged the general public to come forward with any useful information that would lead to the arrest and prosecution of the fleeing suspect.

He advised Lagosians to be very cautious and alert while driving on the road.