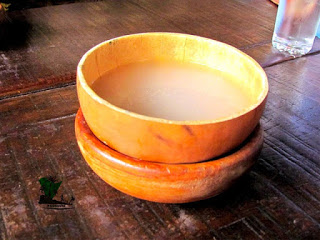 Three people have been reported died at Ilepa Quarters in
Ikare Akoko, the headquarters of the Akoko North-East Local Government
Area of Ondo State after drinking a palm wine containing different
substances suspected to be concoction .
The yet to be identified men were said to have consumed the palm wine in the house of one of their friend ,Azeez on Saturday.
LEADERSHIP
learnt that Azeez who allegedly prepared the drink served the visitors
the drink while celebrating his birthday on the fateful day.
It
was also gathered that the palm wine allegedly contained some
substances called gegemu and maladol which was meant to intoxicate the
consumers.
According to a source,  two of the victims died on Sunday while the third person died on Tuesday.
LEADERSHIP
investigation also revealed that apart from the deceased, some of the
guests who took the palm wine at the birthday ceremony reportedly landed
in hospitals as a result of stomach pain.
While
confirming the incident, the Police Public Relations Officer of the Ondo
State Police Command, Mr. Femi Joseph identified one of the victims as
Kazeem Ogungbemi.
Joseph said, ” We can confirmed the
incident, the boys went to a party organised by one of their friends.
But they drank recklessly. We discovered that the drink they drank was
mixed with many substances.
According to the PPRO, the person who served the palm wine has ran away and we are still looking for him.
He, however assured the public that the command will soon get to the root of the matter.
Previous Post