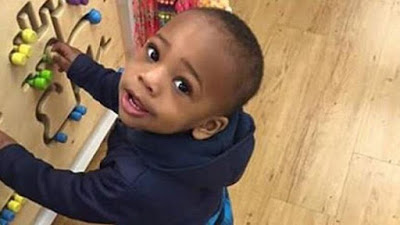 Two people, including a two-year-old boy, were killed and a pregnant woman was wounded in a shooting captured on Facebook Live as they drove in Chicago.

“I
got a bullet in my stomach … they shot him, oh my god,” the woman,
Breunna Devonte, screams after running from the car to a home in the
city’s Lawndale section, according to the Chicago Tribune. “I can’t go
to the hospital … this bullet in my stomach.”

Just minutes
earlier, the woman, who is reportedly four months pregnant, was seen
chewing gum, smiling and singing into her mobile phone as she sat in the
passenger seat of car driven by her 26-year-old boyfriend and a
two-year-old boy, Levontay White Jr, in the back seat.

A dozen shots ring out as the couple sing along to music and playfully posturing for the camera.
Paramedics
were able to revive the boy at the scene, but he later died in
hospital, along with the 26-year-old man who police believe was the
intended target.