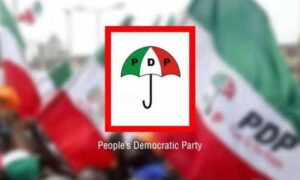 Towards 2023, certain things should be considered in our quest to have a Yoruba man occupy Aso Rock Abuja. The elections slated for 2023, i feel the passion and desire of the average yoruba man who feels Nigeria owes the yorubas the slot for the Presidential candidates of the 2 major political parties in country hence the projection that APC and PDP should feature yoruba candidates.

However from the look of things, it is clear PDP is not towing towards that direction based on the body language of the party leadership, it can be easily concluded that the party will opt for a Northern candidate come next general election. A critical look at the decision may make one to agree with their position, that is if one wants to be fair and just.

The so called zoning agreement in favour of the yorubas or by extention,the South was strictly that of the leadership of APC after the need to work together to remove President Goodluck Jonathan from office.

While those pushing for the South agenda seem to have a point, one should expect that the opposition party, PDP after 8 years outside the seat of government that they enjoyed for close to 2 decades, will not only come for the next election well prepared but with strategies that will ensure their victory and return to power.

The main logic from their camp is that PDP was in power for 16 years and out of that, the South – between Olusegun Obasanjo and Goodluck Jonathan – spent 13 years and 25 days, cumulatively.However, the north through the late Umar Musa Yar’Adua was only in office for two years and 341 days. ,based on this narrative ,the next slot should fairly be given to the North to make it even with the number of years the South have already used.

One thing very clear is that APC owes its South members the ticket on the strength of justice and equity especially since the incumbent President is from the North and is already on 8year power cruise with support from its SOUTH party members, so anybody who feels the South agenda should subsist, such a person or group should quickly join the party and insist that the agreement should be adopted trying to push PDP into fielding a South candidate can be seen as pure blackmail and emotional distraction.

For PDP to participate in the 2023 elections,with all eyes focused on victory, PDP’s best bet is a good candidate from the North. just like some northern PDP members worked with the APC in 2015 to defeat Jonathan and elect Buhari, many northern APC members would also work with the PDP to elect whoever it brings forward.

The end for PDP is victory at the 2023 presidential election, it will be a miracle for the party to return to power if they don’t go the north way. We should also have it at the back of our mind that a cross section of the South West and South East are preaching succession, with such treat to peace in the regions, how the southern region political class will be able to convince its people to support their agenda is like a mirage for now.