The Nigerian Army has passed out 200 Officer Cadets of Direct Short Service Commission 23/2016 at the Nigerian Army School of Infantry, Jaji, Kaduna today which is presided by the Reviewing Officer and Minister of Defence, Mansur Muhammad Dan-Ali.
The cadets comprised of 72 Medical Doctors out of which 8 are Consultants in various fields of Medicine, 26 Lawyers, 21 Public Relations specialists, 18 with specialty to Army Aviation and Engineering, 19 Protestant Chaplaincy, 21 Catholic and 23 Islamic Affairs specialists.
Speaking at the occasion, the Minister of Defence, Mansur Dan-Ali said the Armed Forces are consolidating the gains of Boko Haram, adding the insurgents have been decimated.
Dan-Ali warned the officer cadets against disloyalty, disobedience and insubordination to the constituted authority.
He said any person caught with disloyalty and similar offences would be decisively dealt with accordingly saying, “I wish to make it clear that the armed forces of Nigeria are also undergoing a period of self-appraisal; there is zero tolerance for indiscipline and unprofessional conduct”. 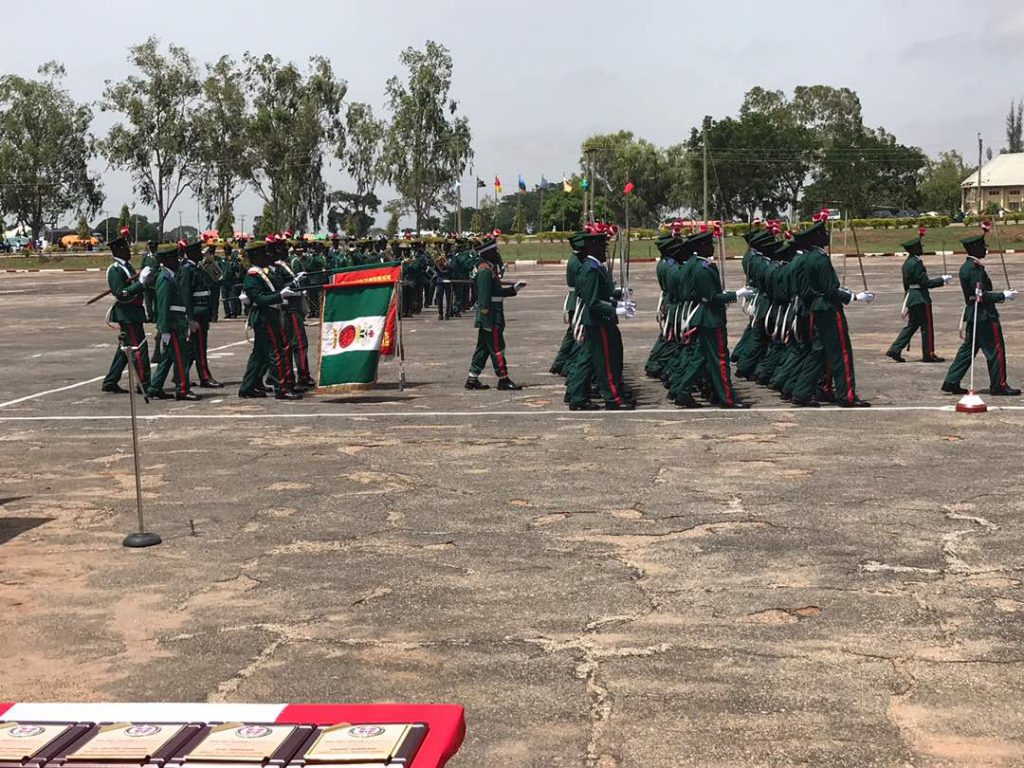