by Alabi Micheal
in Entertainment
0

popular Nigerian music artist, Wizkid has at long last dropped the track list to his most anticipated album yet, ‘Made In Lagos.’

Amidst the whole ENDSARS buzz around the country, the Nigerian artist track list has made its way to popular music streaming platform, Amazon Music.

Wizkid for long announced October 15, 2020 has the release date for the project and the album features an array of musical talents across the world.

From Burna Boy to Skepta, to Damian Marley, Ella Mai, to Terri, all their names have been confirmed to be on the project.

However, many are of the view that he tracklist would still be updated, reason is that Wizkid had months ago announced that Tems, Tay Iwar and Projexx would be featured on it and their names are no where to be found here.

Well, no cause for alarm because on this one as well, H.E.R name was not added as a featured artist on ‘Smile,’ so definitely it would still be updated.

See the tracklist as gotten on Amazon Music below: 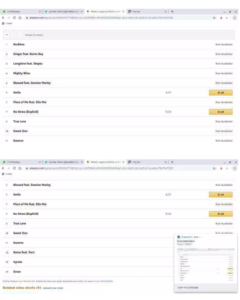