by metronews
in Opinion, Society
0 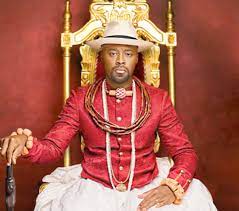 His Royal Majesty Ogiame Atuwatse III the 21st Olu of Warri has at long last wielded the big stick and Itsekiris globally are jubilating. The dignity and the honour of the Itsekiri nation has been reasserted with the defrocking of the upstart whose pretense at being a noble chief in one of the most respected royal courts on the African continent has finally been done via a royal decree. On Tuesday 5th of October 2021 at about 12: 30 pm the announcement of the removal of Ayiri Emami as Ologbotsere of Warri and received with universal elation. For the few years since the clandestine appointment of this upstart as Ologbotsere by Ogiame Ikenwoli Itsekiri lived with the embarrassment that a known carpetbagger was holding a revered title in a nation of otherwise noble persons. The shenanigans that preceded his appointment is well known among Itsekiris, infact there were demonstrations at the palace against his appointment. In the end his installation was carried out clandestinely under a tent at an undesignated location in a bid to present Iwere Land with a fait accompli. Unlike the pomp and circumstance that heralded the coronation of Ogiame Atuwatse III. To describe the defrocked upstart as a pretender to the title of Ologbotsere will be apt to the extreme. His tactless gallivanting around the corridors of power trading with the timeless dignity of Iwere Land for vain visibility and personal relevance irritated proud Itsekiri people to no end. Indeed it is pertinent to inform discerning and well meaning respected national leaders around the country who he has been ungraciously cultivating that Mr. Ayiri Emami is no longer an Itsekiri chief and his views do not in anyway align with the Itsekiri world view. In effect the world is hereby put on notice that Ayiri Emami does not represent Iwere Land as all his utterances and actions have the sole objective of self promotion. His eventual comeuppance has seen Itsekiris heave a long anticipated sigh of reliefThe loquacious bumbling assertion of the lousy braggart that he does not recognize Ogiame as his monarch is proof of his unhinged state of mind. Only a delusional narcissist will argue with the universal acclamation of Ogiame Atuwatse III’s ascension to the throne of his fore father’s. Over and beyond his lame reference to a suit he mischievously instituted against the emergence of Ogiame Atuwatse lll, the defrocked pretender cannot pretend to be unaware of the absoluteness of the power of the Olu to appoint or dismiss chiefs. Some of the appellations of the Olu of Warri are Afomasin, ( The Infallible One ) Afor We’re’ Se’ We’re’ ( He Says It And It Is So ) in effect Itsekiris are not expected to question their monarch. In the same manner that his installation at the behest of the late Olu of Warri was accepted by Itsekiris albeit grudgingly with great embarrassment, he as an Itsekiri man is obliged to respect the wishes and proclamation of this Olu of Warri removing him as a chief to the eternal delight of all Itsekiris. As the local analogy goes one man may have the means to feed a multitude but no man can survive when the multitude decides to force feed him. Ayiri Emami, the blight on the nobility of the Itsekiri nation should advice himself so as not to invite deserved curses upon himself.
Gbubemi Awala
Chairman, Itsekiri Interest Group.