Kisuze Edward, a senior administrative assistant in the Academic Registrar’s Department of Makerere University, Uganda , has been suspended for reportedly harassing a female student sexually in his office.

In a letter issued by the Makerere Acting Vice Chancellor Prof William Bazeyo to the accused, it was disclosed that Kisuze was suspended to allow smooth investigation of the case.

“I hereby suspend you from university service on half pay with immediate effect to allow a smooth investigation into the matter. You are strongly advised to desist from any access to the senate building premises and interactions with students of Makerere University until investigations are completed,” the letter reads in part.

Mr Kisuze Edward was accused by a one Njoroge Racheal of sexual harassment. Njoroge told the police that Kisuze forcefully kissed her thighs and later licked her private parts against her will, when she went to certify her transcript.

The helpless student took a selfie of the whole incident, an evidence she used to pin the senior administrator. 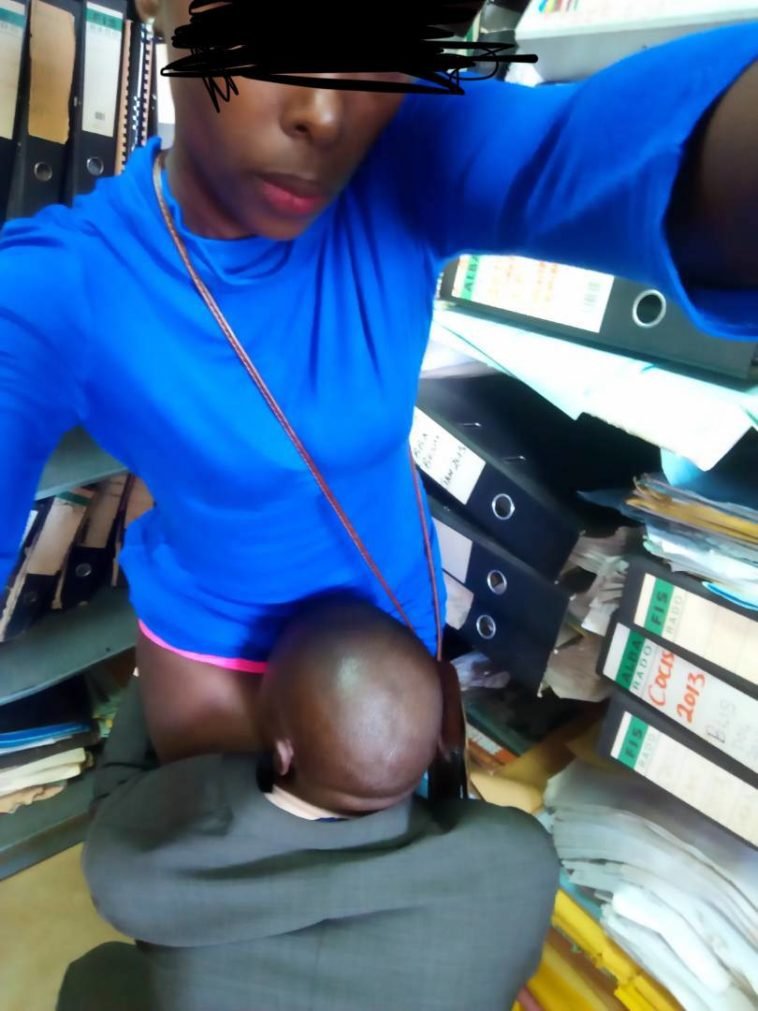 “I Njoroge Racheal Njeri Reg No:13/k/2347/eve came to Makerere University on 13/4/2018 to certify my transcript and pick up my recommendation letter at around 10 am.

When I got to the university, I was referred to room 507 for help where I was first chased away by the personnel in the office and he told me to wait until 2:30pm that he could help me out. I went out and waited patiently on the bench but when it clocked 4:40pm, I could not wait anymore and I went back to see if I had succeeded.

When I got in the room, the staff told me to wait for 5 minutes and see if my transcripts had been worked on. Fortunately, my transcripts were certified and were handed over to me. As I was looking through them, the man who had given me my transcript turned to be so unhuman to me.

He grabbed my boobs and started licking them as he lamented how much he loved me. I tried to resist his actions but he was more stronger than I. He also grabbed me and threw me on the file cabinets at the corner where my head was hurt by the files and he started kissing my thighs and he told me that he had to lick my vagina.

While he was in the process, I got my phone and captured some shots because I realized there were no cameras in the room to help me out if I had reported the case. I tried calling Steve in room 515 to help me out but unfortunately the man (room 507) hanged up on me and threw my phone on the chair. He continued harassing me and that’s when he put his fingers in my vagina which was so painful to me.

I threatened him that I was going to report and make a call to Steve and that’s when he opened for me the room since he had locked it. I got out crying. ”