Two Key Offa Bank Robbers Arrested, One Was A Policeman

Policemen of the Inspector General of Police Rescue Team (IRT) deployed to five south-western states have arrested two more of the criminals involved in the much-talked-about Offa bank robbery.

At least 12 people, including five policemen and a pregnant policewoman, died on April 4 when roughly 30 armed robbers laid siege to five banks in Offa, Offa Local Government Area of Kwara State, carting away millions of naira.

The Police subsequently released action photos of the robbers, with a promise of N5million for anyone with useful information about them.

Twelve suspects were arrested weeks after, and two more have now been nabbed.

“Sequel to the publication of the pictures of the Offa bank robbers in the media, we have been getting several credible leads from good citizens of our country,” read a statement sent to SaharaReporters by a security source on behalf of the Police.

“As a result, IRT teams deployed by IGP Ibrahim Idris to Kwara, Ondo, Osun, Oyo and Ekiti States were able to arrest two more gang leaders of the deadly bank robbery whose pictures were circulated by the media. 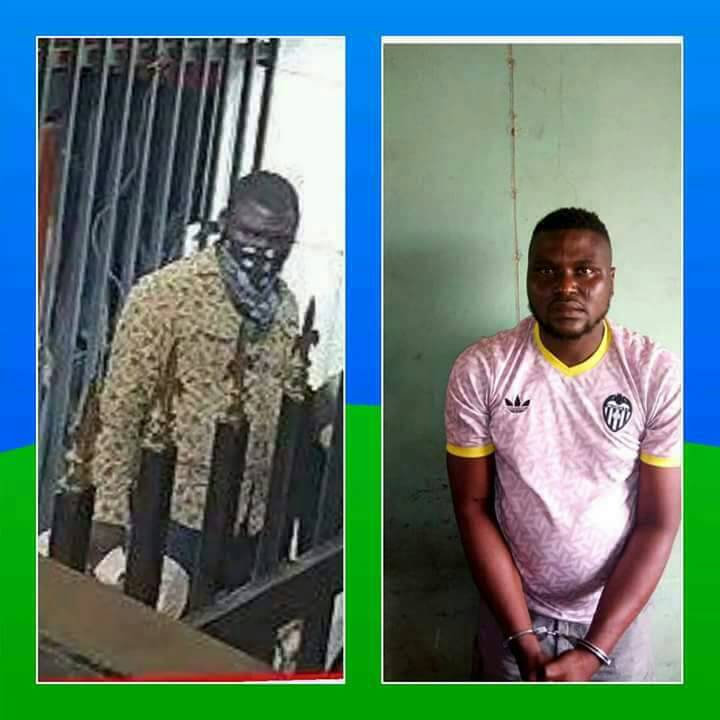 “The confessed gang leaders arrested are: (1) Kunle Ogunleye aka Arrow 35 years native of Kwara State, arrested yesterday in Oro town kwara State; (2) Micheal Adikwu, native of Apa LGA Benue State, a dismissed police CPL who was arrested by the Police in 2012 and charged to court in Kwara State for compromising by releasing some wanted armed robbers, He spent three years in prison and subsequently found his way out in 2015 and became a notorious armed robber. He was arrested again by IRT Operatives in Kwara State two weeks Ago.

The statement confirmed that all the arrested suspects had confessed to the Offa bank robberies and murders.

“They are assisting the IRT teams in arresting more of the bank bobbers. Investigations continue,” it added.