‘Alakada Reloaded has grossed N50m at the cinemas since its release about a week ago, actress and producer of the movie, Toyin Abraham has said.
According to her, the movie has also been selling in non-Yoruba speaking states.
“We have made 50 million naira now and it has only been a week since the movie was released to the cinemas,” the actress said.
“The rate at which we are selling out is mind blowing, even in non-Yoruba speaking state. I have been visiting different cinemas, along with other casts members and many other celebrities and people in large numbers have been storming the cinema to see the movie.
“It’s honestly humbling and I feel so loved and accepted. I am super grateful for this success and for the kind of fans I have. I just want this to continue as long as the movie remains in cinema.”
‘Alakada Reloaded’ stars Gabriel Afolayan, Helen Paul, Ali Baba, Woli Arole, Annie Idibia, Odunlade Adekola, among other stars. 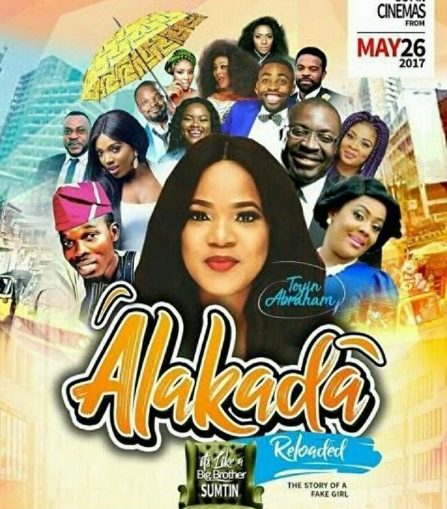