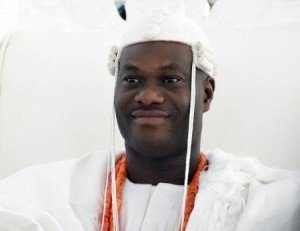 The Ooni of Ife in Osun, Oba Adeyeye Ogunwusi, Ojaja II, has embarked
on the beautification of 201 traditional shrines and heritage centres
in the ancient town to attract international tourists and
traditionalists.
The monarch disclosed this through the Director
of Media and Public Affairs to the Ooni’s Palace, Mr Moses Olafare, to
the News Agency of Nigeria (NAN).
He said that Ile-Ife is home to
201 out of the 401 deities in Yoruba land, adding that the shrines had
been rallying points for the Yoruba people in South-West Nigeria, and in
the Diaspora.

Ogunwusi said that the
histories of the shrines as narrated by their custodians had assisted
many traditionalists and foreign tourists to trace their origins and
family roots.

They had assisted most Yoruba people in the Diaspora to deepen how they practised their religion and faith, he said.
“The
shrines accommodating the 201deities in the ancient city are now
monuments and heritage sites for the Yoruba race and other
traditionalists from the rest of the world.
“The shrines include: Olokun, Osara, Orunmila, Oduduwa, Oranfe and Aje,” he said.
“People visit the shrines in the same way Muslims and Christians go on pilgrimage to their holy lands.
“The preservation of these deities is a justification that Ile Ife is actually a sanctified town,’’ he said.
The monarch said that the facelift given to the shrines had attracted several local and international tourists to the town.
“It
has also brought about development to the town; and positively impacted
on the socio-economic lives of the community, ” he said.
He said
that Ile Ife used to worship the deities almost all year round. It is
only one day that no deity is worshipped in Ile Ife in a year.
The monarch also said that Ile-Ife is a sacred town known to be the source of the Oduduwa race called the Yoruba people.
He said that members of the race could be found in South West Nigeria, Edo State as well as in Ghana.
He
said that they were also in the Republic of Benin, Togo, Cuba, Brazil,
as well as in Trinand and Tobago that had traced their genealogy to
Oduduwa and Ile-Ife.