The popular Nollywood actress, Iyabo Ojo, recently took to her Instagram wall to post this throw back picture reminiscing but a day after, things didn’t seem to go as planned. 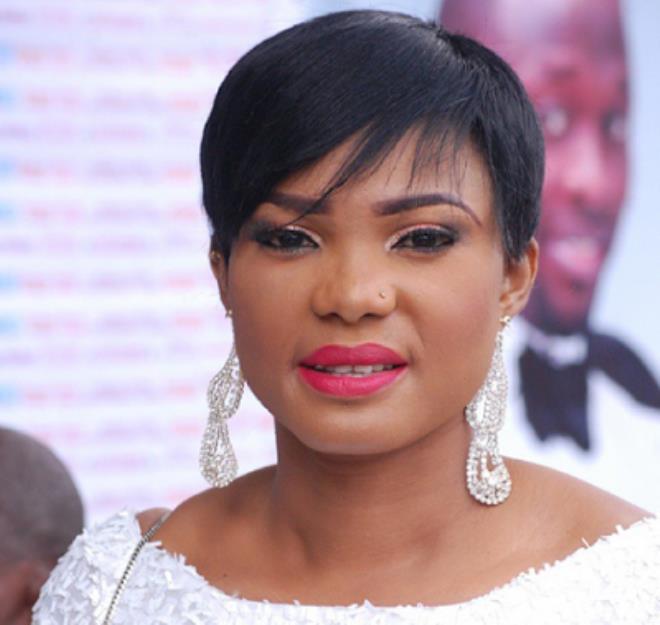 In the post, Iyabo stated how she started her first paying job and many happy memories she was proud to share with her fans.
Hear her:

this throw back pic means a lot to me! this was my first time ever working n making my own cool money, it was just for 4months tho ??? this was a month after I graduated from National college Gbagada in d year 1996, even tho I come from a very comfortable family, I cldnt wait to start making my own money, my parents thought I had enrolled for computer training but instead I saved d money giving to me n got a job @ a gift store named Bolpan as a sales girl on opebi, I was so excited that I was making my own money then 2k500 (two thousand five hundred) monthly, I felt like a big girl until I got busted ???? a friend of my aunt exposed me.. u need to see d convoy my family drove down to come fight with my boss n take me back home, they ended up opening my own supermarket for me later when I clocked 21years & I have never stop doing business ever since, tho there has always been ups & downs but we thank God

Following the response thread, there are whole lot of positive feedback on the post which she personally took time to respond to. Some of her responses are here:

iyaboojofespris@yettyqueen1 my story is a very long one dear, filled with ups n downs & trust me I married a very poor man n my family made it my cross to bear alone, until my dad died, maybe one day I ‘ll go into it more deeper
iyaboojofespris@sokunbiolugbenga my first born was festus n in marriage I suffered but u may never’ve known bcos I kept it all to my self then

However, out of nowhere, a rebel jumped out and would rather not be counted among the mass. 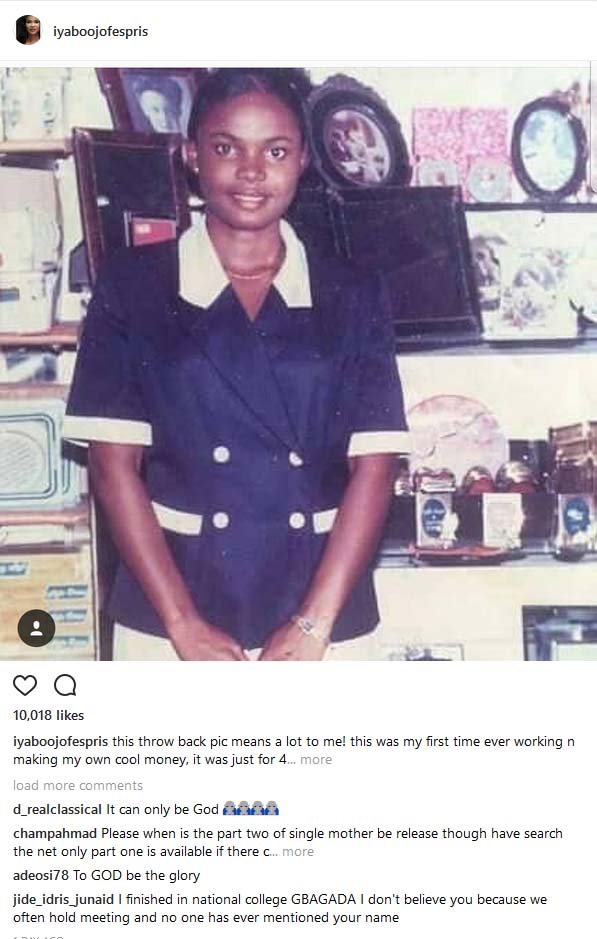 There was no response from her as at the time of publishing this, but we would check back.
Besides, a source, who also claimed to have known her when she was just around 24 based on her account above, disputed some part in her story, especially where she mentioned she was from a rich parents, as in the ‘Coming to America’ part of the story.
The source claimed Iyabo had a hairdressing salon and boutique on Adeshiyan Street, Ilupeju area of Lagos. It was even claimed that due to her busy schedule in movie industry back then, her mother, with whom she kept her two children usually came to complain of no money at the said shop.
She eventually sold her things at give away prices and abandoned the shop to move on with her life.
Aside from this, her post seemed to enjoy more positive reactions as we also found it inspiring. Nice one Iyabo!