This Silent Disco Boat Party Provides A Nautical Night Out

by metronews
in Technology
0

Nights out can, after a while, become a bit repetitive. The same bar, then the same club and the same drunken walk home. But if you’re looking for something a bit different, there is an alternative. You can now enjoy a new kind of night out: a nautical jaunt down a winding river with a futuristic twist. You might have heard of silent discos before and you might have heard of boat parties. But a silent disco boat party? 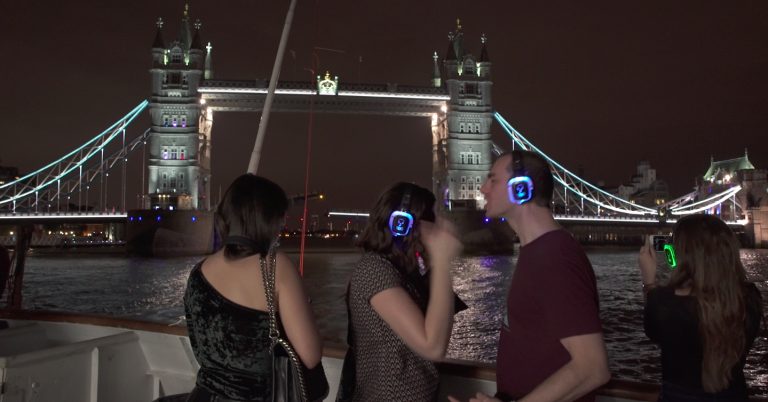 Silent Sounds is a silent disco on board the The Dutch Master, a two-storey party boat complete with bars and dance floors which will take you on a scenic tour of the River Thames in London. There are three DJs playing and you can change the channel you’re listening to – be it R’n’B, EDM or cheesy classics – while your headphones light up the corresponding colour.
I was excited to experience it, but the nautical side of it was a bit worrying. I’d seen Titanic too many times, and with almost 300 other people joining me on board, I was worried about having to fight for a life raft. Still, the opportunity to cruise down the river with the lights of the city glittering on the water as I passed by famous London landmarks was too good to pass up. 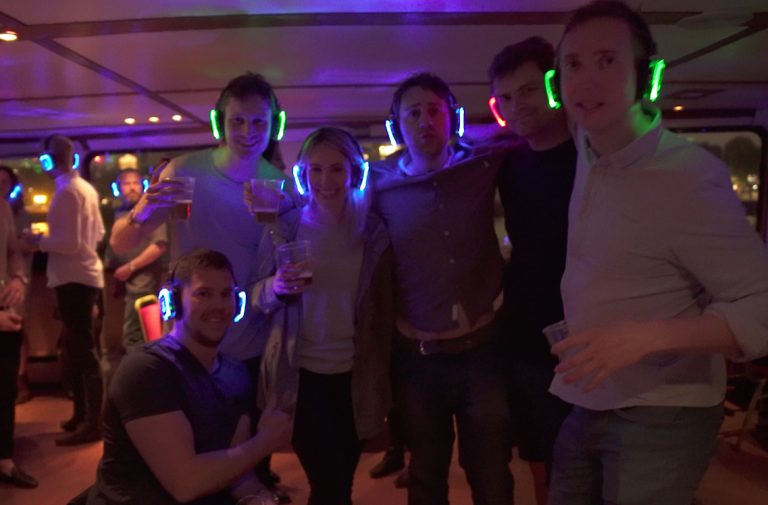 Arriving at the pier at seven, by eight the boat is launched. Donning my headphones, I started to mingle with the crowd, doing my best not to embarrass myself with my dance moves. I’m not a great dancer at the best of times, but with the boat rocking on the waves and swaying with the movement of the crowd, it was hard to stay balanced. I felt a weird sensation in my legs, like all the blood was sinking into my boots. 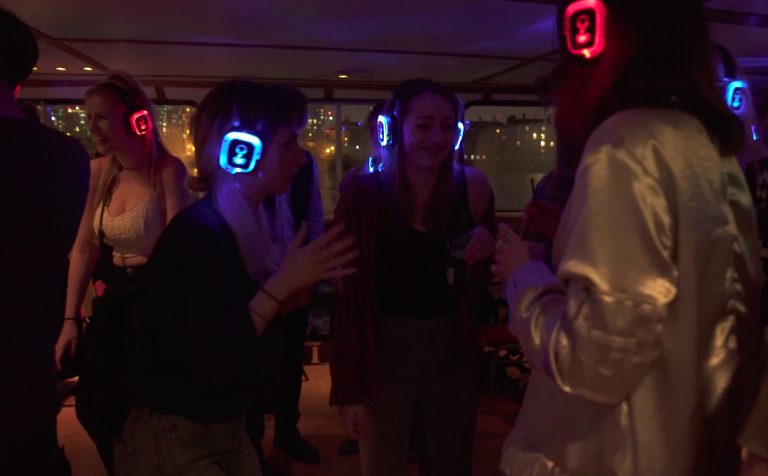 It’s certainly odd to wander about the dance floor with your headphones off, watching other people swing their hips and gyrate, occasionally singing along. Strange though it may be, you soon forget you’re not in a club once your headphones are back on.
We sailed past a host of famous landmarks, such as the Millennium Dome, Canary Wharf, Tower Bridge and Greenwich, before turning around and coming back. The whole trip lasted around four hours, but it felt like we’d been out for much longer, and seen a hell of a lot more. 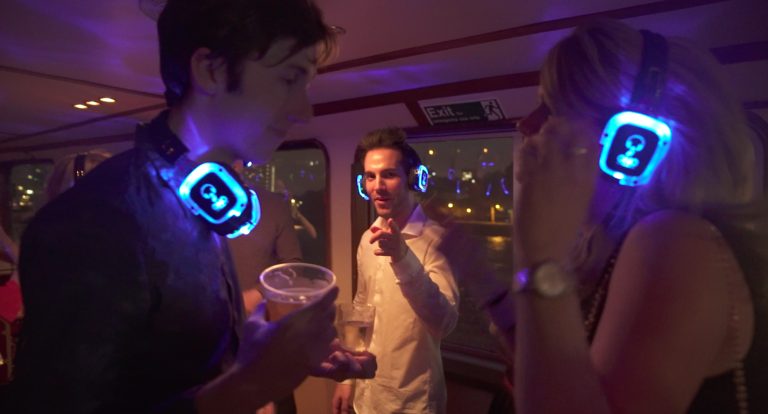 Unfortunately, I don’t think that silent discos will ever replace traditional clubs, and the boat party is more of a novelty event than it is a normal night out. But if you’re looking for something little bit different, then I can’t recommend this experience enough… just make sure you’ve got your sea legs ready.