Thief runs to police when bag he stole got glued to him (Photos, Video)

Multiple reports concerning a suspected thief who was forced to surrender himself to the police after the bag he allegedly stole from an old woman ‘refused to come down from his head’, have been making rounds online.

The suspect identified as one Frank Buhet was reported to have stolen the bag which he took home but couldn’t bring it down from his head. 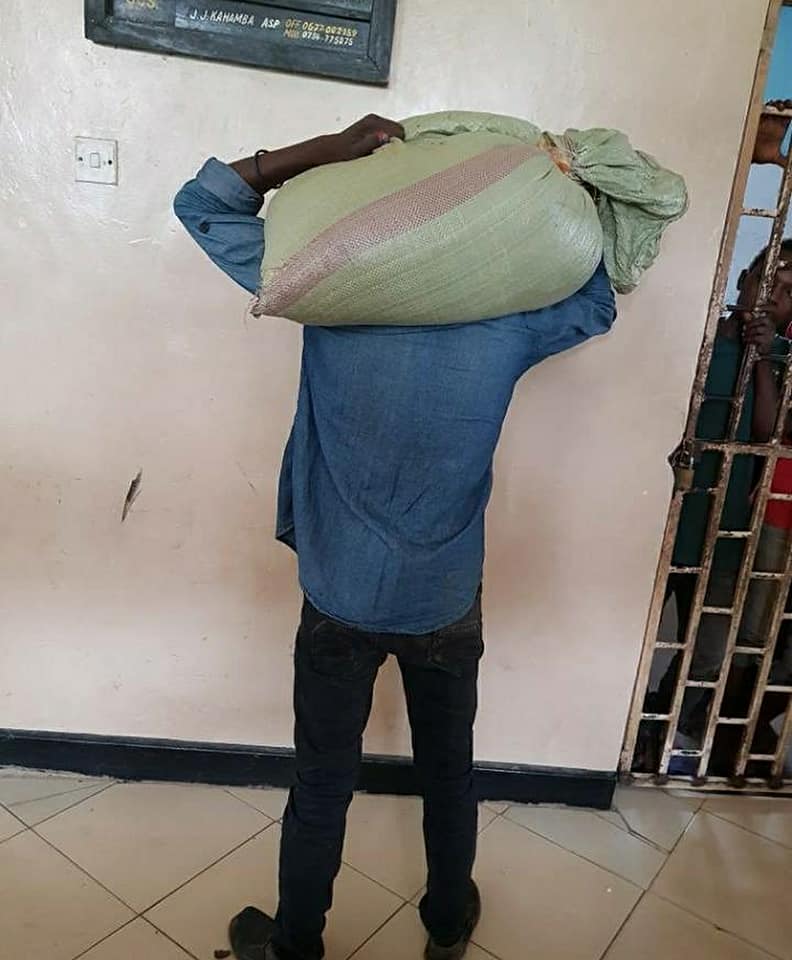 The mysterious incident happened in Tanzania – the culprit said, he started walking from one road to another but the load was still hanging on the head.

According to reports, he even tried laying down on the ground but the load was still unable to remove. 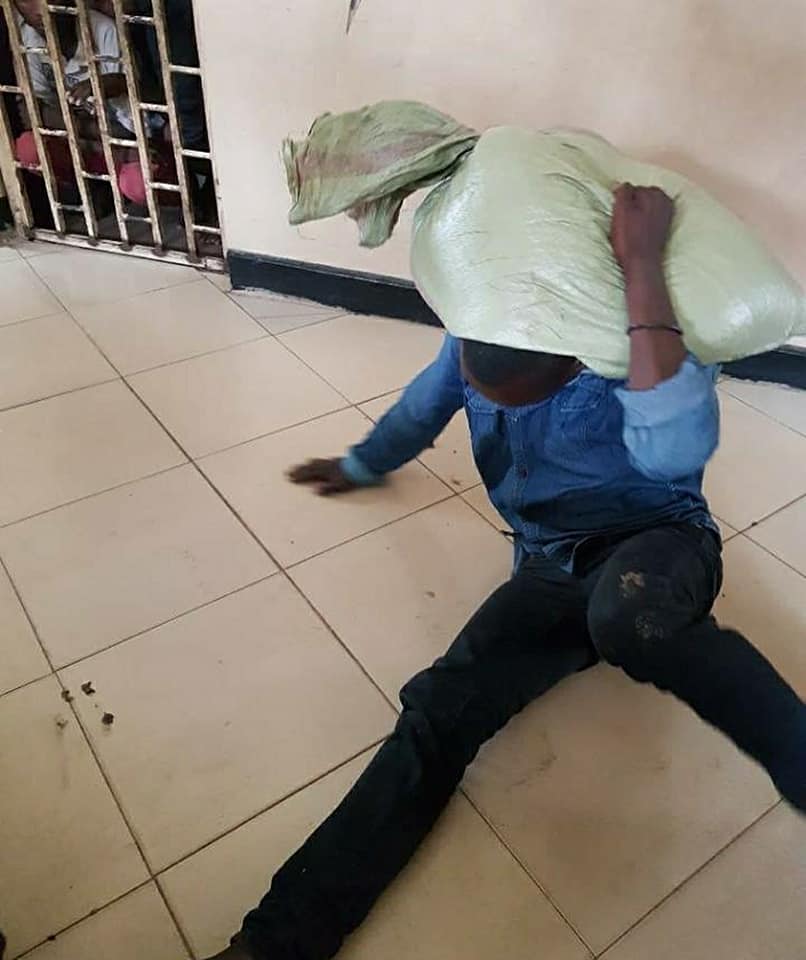 After spending a long time all to no avail, he decided to surrender himself to the police so that he would not be killed by angry people when they eventually notice that he stole the bag.

Even at the police station, the stolen luggage was still on his head as he hoped the police would help him track down the old woman.