Jennifer Liepen and Sandy Patch own a $345,000 house in Jersey City that they’ve never lived in — which might not be so unusual, except for the fact that they don’t have any other home.

“We’re nomads,” Patch told The Post. “[We’re] moving to where resources are at any given time.”

Instead, the married couple moves into a different NYC apartment every week or so. As pet sitters, Liepin, 32, and Patch, 33, crash for free at various clients’ apartments and care for cats and dogs while their owners are out of town.

The pair allow themselves a combined weekly budget of just $100. Patch said they have saved “close to $50,000” apartment-hopping for the past two years.

“It’s basically like having our salaries go into our savings account,” said Liepin, who also works as a freelance personal assistant.

The two met via OkCupid in January 2015. At the time, Patch, the chief technology officer at a postproduction company, was already living the nomadic lifestyle, although he admits he was “scruffing it a little bit more than we are now.”

Liepin was living in Hoboken, NJ, but decided to rent out her condo and join Patch in his “nomadic” lifestyle. 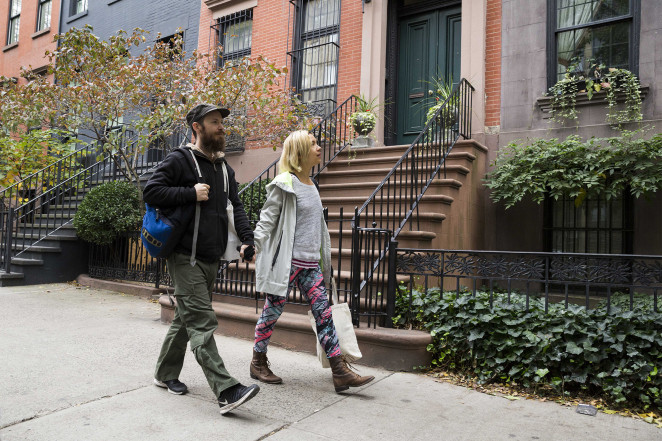 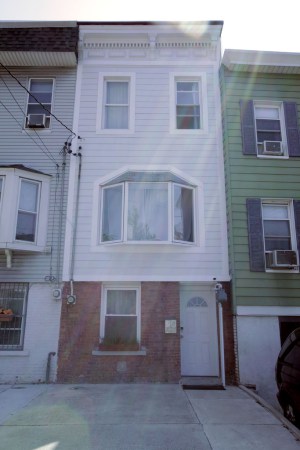 “I always felt like having an apartment to myself was a waste of space,” said Patch. “I’d be working all the time . . . and have all these appliances wasting electricity.”

In September 2015, they used their savings to purchase a dilapidated four-bedroom house in Jersey City, which they renovated. Through Airbnb, they rent rooms for $60 a night — and let one guest stay for free in exchange for cleaning and running the home. (Liepin and Patch do the housekeeping themselves as needed.)

“It’s a sustainable process that lets us pay the mortgage,” Liepin said. They hope to start making a profit on it once they pay off the mortgage in about 15 years.

To cover their own housing, they started a pet-sitting company, Woof Woof, in 2015. The two charge $30 a night for one dog or cat, and $5 for each additional pet.

Liepin said that they have “stayed everywhere from a tiny studio in end-of-the-line Bushwick to . . . $13 million lofts.”

To meet their $100 a week budget, the pair, who wed in March 2016, purchased Citi Bike annual memberships, getting a discounted rate from a friend, for about $99 each — versus $1,398 for a year of monthly MTA passes. About $75 goes to groceries, although they can spend even less by combing through restaurants’ trash cans.

“Sometimes we eat out of garbage bags,” Patch said.

The rest of the budget is devoted to miscellaneous expenses, such as a MoviePass that lets them see unlimited films in theaters for $10 a month, and $75 a month for a 4-foot-by-4-foot storage unit in Chelsea, where they keep out-of-season clothes and family heirlooms.
Modal Trigger
Sandy and Jennifer on the street in Chelsea.Annie Wermiel/NY Post

Because they’re always on the move, Liepin and Patch pack lightly — usually two backpacks and a couple of tote bags containing clothes, toiletries and their laptops and cellphones. During gaps between pet-sitting gigs, which Patch said adds up to a “few weeks of the year,” they stay with family and friends in the area.

Although they’re not sure about their long-term goals in terms of a living situation, Liepin dreams of investing in a van and traveling the continent. But for now, they’re staying put in New York City.

“There’s no place in the country with a population density like New York City,” Patch said. “It creates a lot of opportunity to sort of reuse what [other] people have.”