That Femi Falana's Letter to Buhari (IN CASE YOU MISSED IT) 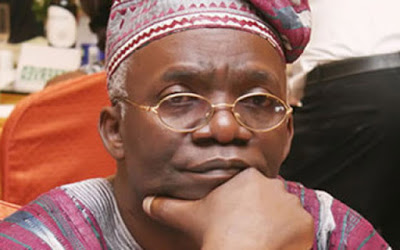 I note that Amnesty International (AI) is a well-known international
NGO and among other NGOs operating legally in the country. I recall that
upon your election as president you met with the leadership of Al and
promised among other things to look into the allegations of serious
human rights violations and abuses allegedly committed by the military
as contained in the reports published by the organization.

I am
seriously concerned that the police would allow some apparently
paid-for-protesters to invade the AI office in Abuja and subject its
staff members to intimidation and harassment. These intruders have
impeded the work of the organization and threatened the safety and
security of its members of staff.

AI should not be harassed and
stigmatised simply for exposing the human rights violations and abuses
by the military in the North-East of the country. To allow that to
happen is to endanger and undermine the work of not only AI but also
other civil society groups in the country. This will in turn create a
climate of fear and send an intimidating message to the human rights
movement in particular and the entire country in general.
It is
not a crime for AI to expose the serious human rights violations and
abuses allegedly committed by the military in the North-East. It is in
fact consistent with the organization’s mandate to defend human rights.

Human rights work is imperative to ensure that millions of marginalized
and disadvantaged Nigerians can fully enjoy their entitlements and
realize their potential. Therefore, consistent with UN Declaration of
Human Rights Defenders, your government should publicly reinstate
support for the legitimate work of civil society groups including AI and
other international NGO operating in the country, and provide them with
protection.

I am therefore calling on you to urgently direct the
Inspector General of Police to immediately remove the invaders from the
AI office in Abuja and allow the organization to carry out its human
rights work in a conducive environment. I also urge you to direct Mr
Idris to fish out those behind the invasion of AI office and to bring
them to justice. It is also imperative for your government to publicly
condemn acts of intimidation and reprisals against AI and other civil
society groups.

I also urge you to institute independent
investigation into all allegations of human rights violations and abuses
allegedly committed by the military in the context of the fight against
Boko Haram in the North-East of the country.