A reliable source has confirmed that the notorious, nefarious and deadly gang, popularly called Badoo struck again.
This time, they hit a family of five around Letter N Junction, Radio Area of Erunwen, Ikorodu, killing four of them and leaving one unconscious. The husband, pregnant wife, two children (5 and 10years) were allegedly killed with a kitchen pestle.
The unconscious daughter, a SS-3 Student, was found naked and has a black cloth tied around her head.
This act raised many questions as to what the duties of the relevant authorities in Ikorodu really is, allowing such gang to continue operating.
Residents have, however, been warned to be very careful and be security conscious. It is believed that the gang usually look for easy access, especially for houses without burglary proofs, incomplete building, densely populated areas.
Although, research has proven it that it hasn’t been easy identifying and detecting the notorious gang, because they don’t carry weapons on them when walking, they depend and uses weapons, sharp objects, and equipment that can hurt to do their damages. 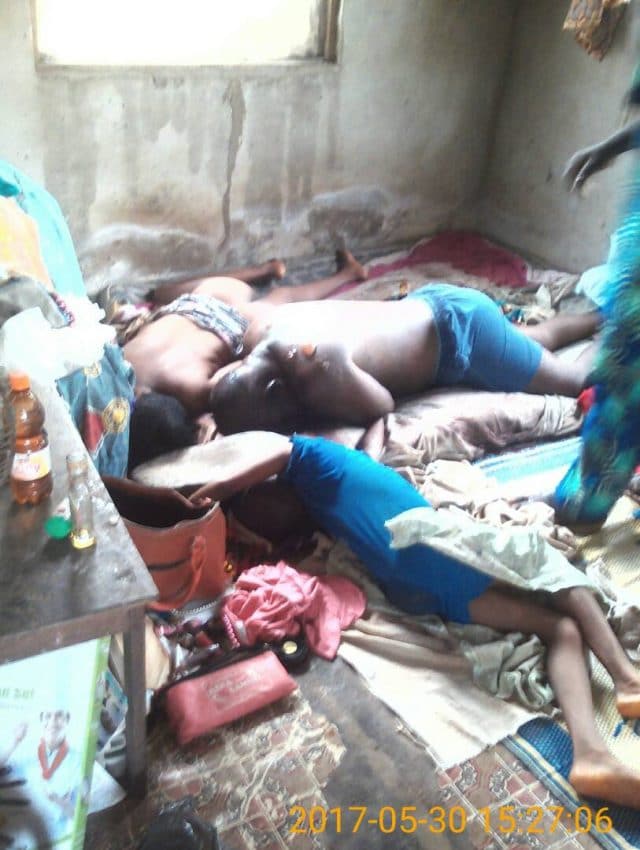