Sifax and Marriot Hotel boss , Dr. Taiwo Afolabi is not a happy man at the moment. He has just lost his twin brother Kenny Afolabi to the cold hands of death.

Kenny who was popularly known as Watari when he was alive we learnt died in his sleep. Though, many people around him beleive he was nursing an ailment that made him stop drinking some years back, but none could say what killed him eventually.

Taiwo and his late twin brother few weeks ago had a joint birthday party in Ijebu Ode with their friends all over the world in attendance. The event coincided with the dedication of a church chapel in memory of their late dad. Taiwo also commissioned his amazing imposing palatial country home with Ooni of Ife, former president Olusegun Obasanjo,Ogun governor, Prince Dapo Abiodun, ex governor Gbenga Daniel, Princess Toyin Kolade and a long list of others.

Taiwo Olayinka Afolabi is a Nigerian business magnate and lawyer. He is the founder and current C.E.O of SIFAX Group, a conglomerate that deals in Maritime, Aviation, Haulage, Hospitality, Financial Services and Oil and Gas, while Kenny Afolabi was known with his Hotel known as Ken Dallas that has its location somewhere in Ikotun. 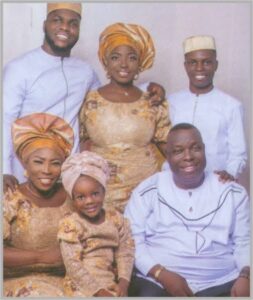