by metronews
in Business, Featured, News
0 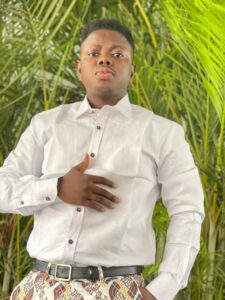 Ipadeola Abiodun Oriyomi, popularly known as Swag Omoluabi a philanthropist,entrepreneur,social media influencer who loves giving and supporting the poor and those seeking succor is at it again. His noble acts in the past earned him popularity in Ikorodu,Lagos and beyond, increasing his popularity in the media space.

Recently,Omoluabi took it upon himself to touch the lives of government street sweepers in Ikorodu axis.The LAWMAN workers were shocked and elated that their labor to keep Lagos clean was recognized by an individual.

In an exclusive chat with MetroNews, Ipadeola Abiodun Oriyomi, fondly referred to as Swag Omoluwabi, which in Yoruba context means “Man of dignity”, revealed that he has been working and dedicated to touching the lives of the needy and the vulnerable through the giving out of food items, cash, and other needful valuables to the downtrodden within and outside Lagos environs most especially in Ikorodu area and the passion has now turned to a mission.