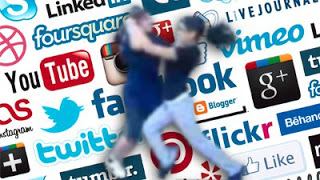 The News Agency of Nigeria (NAN) reports that Kawu spoke in Sokoto on Tuesday at the opening of a two-day National Conference of Catholic Social and Communication Directors.

NAN also reports that the conference has as its theme: “The Nigerian Media: The Ethics of Reporting Violence in Nigeria.”

Represented by Dr Armstrong Idachaba, a Director in his office, Kawu said: “I must now draw our attention to the now evident – not emerging anymore – danger of the insensitivity of the social media.

“It does not even pretend to any ethical foundations and it does not give a damn about it. I will indulge us to investigate this disturbing trend.

“The role of the social media is adding salt to the injuries created by the lack of ethics by the media.”

Kawu reiterated that the media has a patriotic and professional role to play in reporting violence.

“In all, it must remember that beyond reporting, it must protect the sanctity and humanity of the Nigerian society at all time.

“It must be sensitive to the national ethos and the sanctity of humanity.”

Also speaking, the Catholic Bishop of the Sokoto Diocese, Most Reverend Mathew Kukah, admonished journalists to always make honesty, patriotism and the love for peace and unity as their watchwords.

“Often, there is much anxiety as to how the media get their information for their reportage.

“The decisions journalists make can make countries to decide to go to war or not.

“Journalists must yet be respected, but they should work according to the ethics of their noble profession,” Kukah added.

A former Director-General of NBC, Mallam Danladi Bako said, “conflict can be induced or inflamed by the mischievous use and dissemination of false information, such that it can ignite or accelerate the spread of conflict.”

“Rumours come in here as information packaged by mischief makers. The information flow between the pre-conflict, conflict and post conflict periods are very crucial,” Bako said.

The Social Director, Catholic Diocese of Sokoto, Father Sixtus Onuh, explained that the conference would brainstorm on extant ethics of Journalism and strict adherence to it by practitioner.

Participants at the conference were drawn from Catholic Provinces and Dioceses and media organisations from across Nigeria.